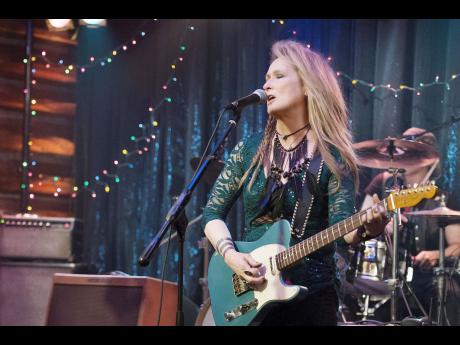 Contributed
Academy Award winner Meryl Streep stars as a hard-rocking singer/guitarist in ‘Ricki and the Flash’.

Loaded with music and live performance, Streep stars as Ricki, a guitar heroine who gave up everything for her dream of rock-and-roll stardom, but is now returning home to make things right with her family.