'Bashment' all business on the road 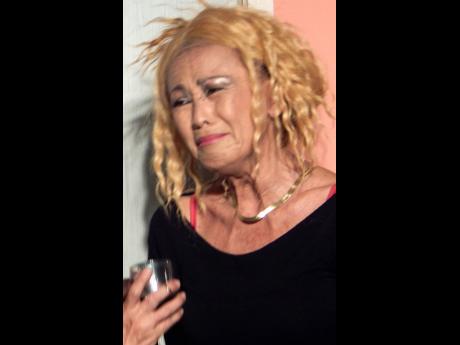 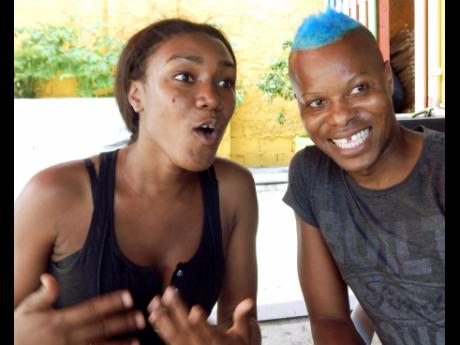 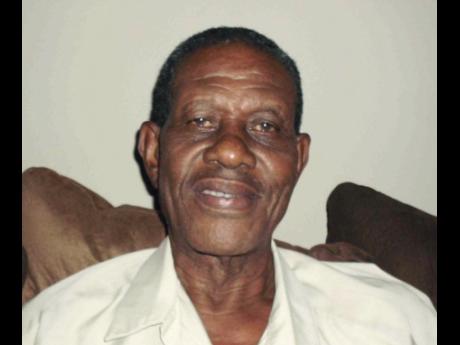 "IT'S BACK," screamed the newspaper ad in capital letters. "Fresh from sold out shows in London, America and the Caribbean."

The reference was to Bashment Granny 3: Bashy Dead by Paul O. Beale which, after a successful tour of those places, returns to Green Gables Theatre, Cargill Avenue, St Andrew, tonight. Curious about the details of the tour experience, I spoke to some of the people involved with the show.

Bunny Allen, the play's director and a principal in RBT Productions (formerly Stages Productions) which produces the play, was as media shy as ever when we met at the theatre a week ago. He shunted me off to Keith 'Shebada' Ramsay, the company's longstanding star, and Monique Ellis, a newcomer.

Ramsay told me that after opening on December 19 and playing for a while at Green Gables, Bashment Granny 3 started the first leg of its tour in the region. "We exhausted the Caribbean," he said, explaining that the production played in Cayman, Montserrat, St Maarten, and Antigua (in a stadium which was packed), as well as Guyana in South America.

He found the tour exhausting. Each leg of the tour lasted weeks and over the period the cast's routine was rising at three in the morning to catch a flight; having back-to-back interviews with promoters and radio, newspaper and television personnel; performing at night and getting back to their hotel rooms in the early hours of the morning.

One interview he was particularly proud of was the one with the popular Access Hollywood.

Ellis, the new kid on the block, was more upbeat. Two years ago she was a performing arts student at Excelsior Community College's School of the Performing Arts wondering, like her batchmates, what she would do after graduating. Now, she was in the cast of a very successful production.

"The tour was a dream come true," Ellis said. "All the shows in England were sold out. We had to turn back patrons. It was amazing to see so many people hungry for Jamaican plays."

Elaborating, Ramsay said "We played East London, South London, North London and Birmingham." He said that in the US they played in Boston, Miami, Queens, Brooklyn, Connecticut, Washington and New Jersey.

Among the challenges Ramsay faced on the tour (apart from the technical difficulties, "which are the norm") was making sure he was understood on stage. "The real challenge for me was tweaking my speech for different audiences. Some say I talk too fast," Ramsay said. So, he tends to slow down his speech, particularly for the Caribbean region, and tries to approximate the country's accent.

"But in the US you're okay, because there are so many Jamaicans," he added.

As Ellis' character speaks in Standard English she had no problem in being understood. What concerned her was getting on with the rest of the cast for the long weeks that they were together. She admitted to having "fusses and fights".

Ramsay said he got upset at a workshop in Guyana which included personnel from the Ministry of Education. "They were asking about the distinction in Jamaica between roots and mainstream plays and actors," he said. "I told them I didn't know what they were talking about. I said it's our culture. In Jamaica, under the umbrella of theatre, we are all just actors."

Even before Ramsay started his theatre career in 2007 the term 'roots play' had fallen out of favour. This was largely because the early roots plays of Ralph Holness' time, with three standing mics at the front of the stage and a variety show during the intermission, had become more refined; so Ramsay could be forgiven for not seeing a difference.

But, another newcomer to the RBT team, Terri Salmon, who has been acting far longer than Ramsay, also told me (in a telephone conversation) that she didn't see a difference between roots and mainstream plays. That's further evidence that the distinction has become blurred.

Salmon said that, like Ellis, she found living with relative strangers for two to three weeks at a time stressful, but as the oldest cast member, her "experience and maturity" helped her meet the challenge.

England wasn't new to her. She had performed there regularly for a decade. "I was topless in one production," she added, "but I wouldn't do that here (in Jamaica)."

The other person I got feedback from was the much-admired road manager Ryan Prendergast. Speaking to me by phone from Montego Bay, where he lives, Prendergast said he didn't find his job difficult. He works with the promoters in various countries, including Irish & Chin in New York, Sunshine Theatre in Florida and Bagga John Productions in England and apparently treats everyone with "respect". (In 10 minutes he used the word at least 10 times.)

He used the example of everyone respecting the show times in the contracts, pointing out that while the times were not generally honoured in the Caribbean in the US and England they must be. "When they say three hours they mean three hours and even if your show is not done, you have to cut," he emphasised.

His duties include sending props and set lists to the promoters, making sure the stages were set for the shows, arranging media interviews and meeting with sponsors. Prendergast told me he would encourage others to get into taking shows abroad, as "the cake is big enough for everybody to eat. We don't have to fight against one another".

According to Ramsay, the next trip will probably be to Canada and Atlanta. He expects more enthusiastic audiences.

"Bashment Granny is a brand. It is out there," he said.