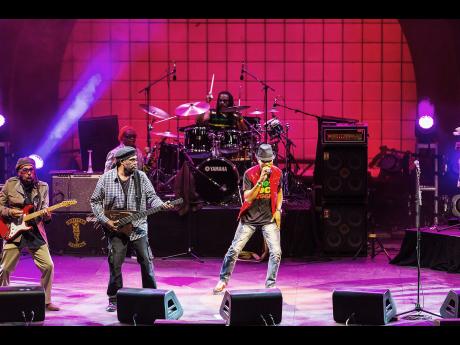 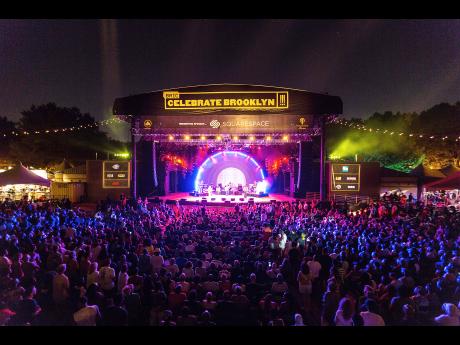 If there were any concerns about the direction of reggae, then devotees of the music left Prospect Park confident that real reggae will never die.

Third World in a masterful set, recently, reminded the world of what authentic reggae sounds like, and what it does to the spirits and the psyche.

The 'Reggae Ambassadors' are known to always deliver, but there was something special in their performance that left attendees at the Celebrate Brooklyn! concert feeling that they'd been part of a spiritual experience.

Call it a reggae high, a psychological shift, a spiritual uplift; what one knows for sure, though, is that everyone left feeling a certain buoyancy that had nothing to do with the smoking of weed.

Music has healing and transformation qualities, and conscious reggae with its Afro-infused vibrations and Rasta-inspired sentiments and beliefs, has always been said to have mystical powers. There is something to be said about the intrinsically rich, spirit-filled nature of music that comes from the grassroots/folk tradition.

What one got from Third World's concert was the depth and complexity of the Jamaican native sound that defies ordinary description. It was as if they captured Jamaican culture in a capsule, in all its sweetness, glory and groove.

Real reggae needs no hype. It already has heart. It needs no sexiness, slackness, salaciousness or sensationalism to sell it. It has soul. Its rhythm has ride and the music carries a message. Third World's concert was a microcosm of that musical lineage, representing the best of Jamaica.

Band leader Stephen 'Cat' Coore set the tone when he opened the stage draped in a Jamaican flag to sing the praise of his country which the day before (August 6) had celebrated its 53rd anniversary of Independence. Incidentally, Third World shares that birth date, as August 6, 2015 also marked their 42nd year as a group.

Coore spoke feelingly of Jamaica's contribution to the world community, and in an inclusive message saluted the island's Caribbean neighbours and African cousins.

Their set had a thematic arc, the band opened with Reggae Ambassadors, which they are for the country, and then moved into a series of songs that stressed their Rastafari roots and rode the dub beat. These included the songs Roots A Roots, Ride On and Jah Jah Children Moving Up, before they segued into more uptempo numbers such as Forbidden Love, Sense of Purpose and Reggae Party.

Their performance was heavy on instrumental pieces which they sometimes used as a bridge, to change pace and cross over into another mood.

The shift really occurred when the band began their much-loved hit, 96 Degrees In The Shade, which had the audience on its feet and in a chant. This would not be just a band performance but a crowd anthem. Each song thereafter became like manna thrown from heaven. The audience had been rocking before, but now they were one with the performers.

They responded well to the group's new single, Let Him Be Praised, from their new album, produced by Damian 'Junior Gong' Marley. Melodic, with a quiet, reverent, choral quality, great acoustics and instrumentation, admirers afterwards not only hailed the song, but said let Third World themselves be praised. (The song's official title is Yim Mas Gan, which means 'Let Him Be Praised' in the ancient Amharic language. It was originally done in 1974 by the Abyssinians.)

The band comes from a reggae tradition that pays homage to its African pedigree. There was for me great symbolism and cultural cache in the solo drumming performance by drummer Tony 'Ruption' Williams which then transformed into a communal chant with the other band members, as they shook what appeared to be calabash-based musical hand instruments. This was a segment that recognised cultural rituals associated with kumina and other spiritual folk groups in Jamaica.

Cat Coore's instrumental solo was equally enchanting and showed the range of these highly rated musicians. He began with a prayerful pledge to the homeland with the patriotic song I Pledge My Heart, moved into a few groovy numbers before ending with that other reggae anthem, Bob Marley's Redemption Song.

The band lost its lead singer William 'Bunny Rugs' Clarke to cancer last year and as Coore acknowledged it was a blow to Jamaican music history and decades of friendship. But he allowed that the Father above stepped in, and with A.J. Brown now assuming lead vocals, the group, it's true to say, has lost none of its form.

He led the audience through all Third World's well-known hits and demonstrated his own dance style and stage moves. Brown has similar tonal qualities to Bunny Rugs and it's fair to say that there is such a thing as a one-of-a-kind Third World sound.

Known for a long time on the hotel circuit in Jamaica, Brown has been reintroduced as a reggae singer, but showed the range of his reach when he closed the show with an operatic solo number made famous by Andrea Bocelli. He was accompanied by the band which showed their diversity and that reggae musicians too can play opera. The crowd oohed and aahed as Brown hit each successive high note, and roared in applause at the climactic close.

Third World also introduced at the start, the Antiguan reggae artiste Caution who has the coolness of a Dennis Brown and served up a medley of conscious Rasta-centred songs. He's following in the vein of authentic reggae, and sings reggae as it should be sung - lyrically charged, thought provoking and inspiring.

Reggae enthusiasts left the concert feeling musically full and spiritually satisfied. You could hear everyone exclaiming how spectacular and meaningful the event was and marvelling at a well-spent evening that seemed to have joy and purpose. Brooklyn was high on life, high on Jamaican artistry and music - high on reggae.