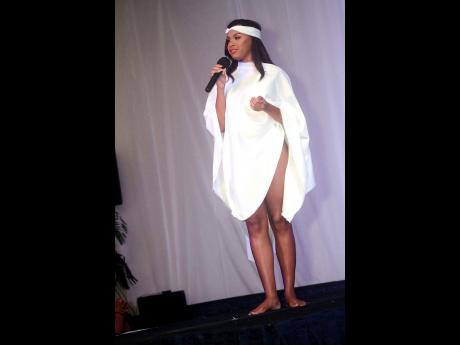 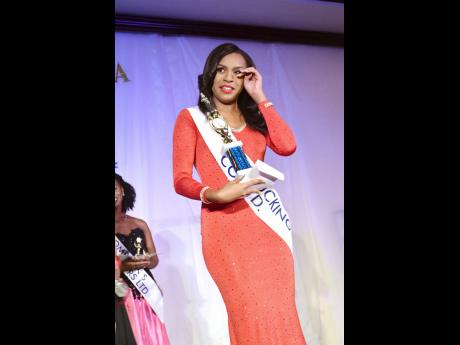 File
Gillian Parague wipes her eyes as the victory sinks in. 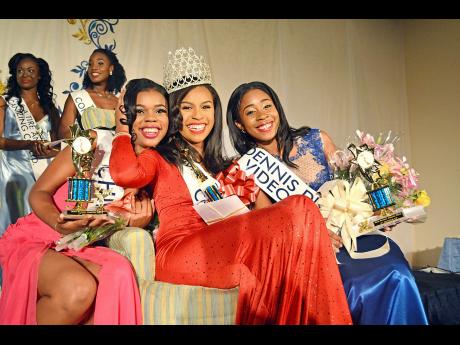 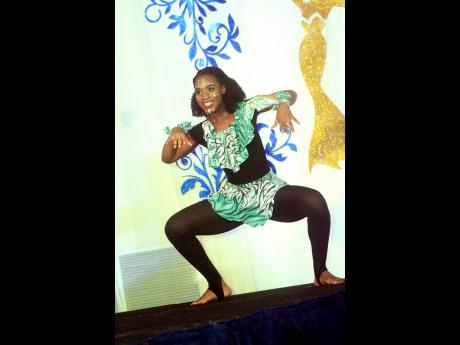 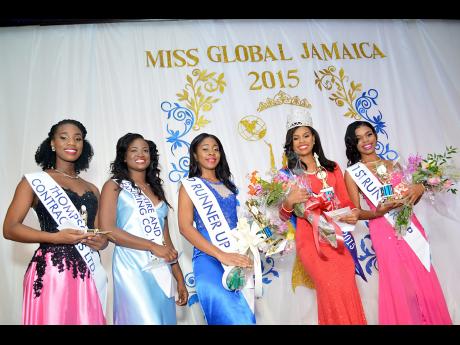 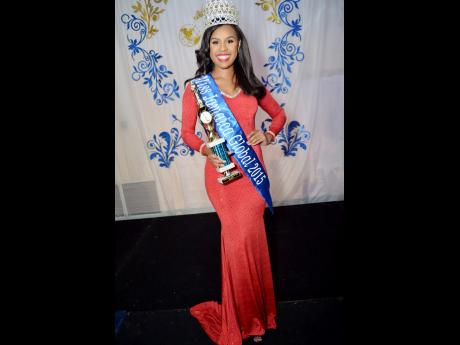 Parague, a student at the University of the West Indies (UWI), Mona, with an emphasis on marketing, won ahead of 10 other contestants at The Jamaica Pegasus hotel, New Kingston, on Sunday night.

Sashed for the contest by Willies Trucking Company Limited, she will be representing Jamaica at the Miss Global International Beauty Pageant in Trinidad and Tobago next month. Parague will be going up against more than 30 other national queens.

"I'm absolutely thrilled to be given the opportunity to represent my country, and I am going to make Jamaica proud in Trinidad," Parague promised.

She said the MGJ franchise has contributed significantly to the contestants' development. Parague is involved in the Angels of Love voluntary initiative, which touches the lives of children with chronic illnesses.

Parague took home two sectional awards, Best Talent and Queen of Humanitarianism, sharing the latter with James. The queen received an all-expenses paid trip to Trinidad, a trophy courtesy of Emkay Trophies, a swimsuit courtesy of Mushroom, dental examination and teeth whitening by Dr Prerana Nauapati, a portrait courtesy of Printomania, and a gift certificate from American Jewelry Company.

The coronation's entertainment package was led by The New Normal Band, comprising UWI, Mona, students, in addition to singer Maria Myrie, who did a mixture of oldies and newer releases. The New Normal Band did a number of covers, among them Thinking Out Loud by Ed Sheeran, She's Royal by Tarrus Riley, This Love by Maroon 5, Just The Way You Are by Bruno Mars, and Hideaway by Tessanne Chin, among others.

National director of MGJ Chantelle Biersay said, "This year, we focused on accomplishing our mission - encouraging spiritual awareness, promoting self-confidence in young women, empowering young women in Jamaica - and to use the crown for a purpose."

Biersay added that 11 talented, intelligent, and charismatic young ladies made the Jamaican final and wished the queen and other finalists "blessings for now and always".