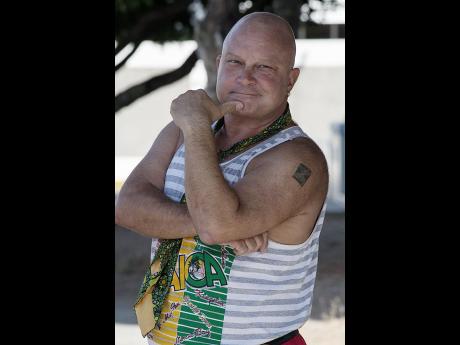 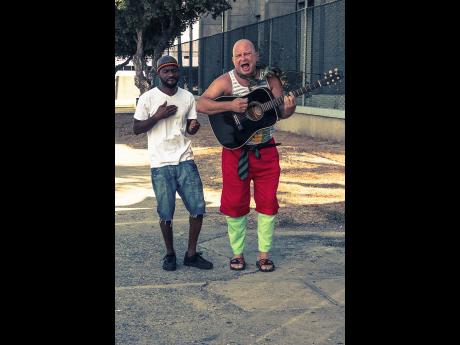 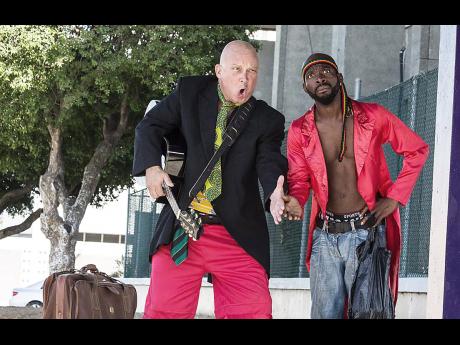 After more than a decade away, Tony 'Paleface' Hendriks returns to the Jamaican stage in the production Samson and Di Liar. Produced by Scarlette Beharie, it opens on Friday at Little Little Theatre, Tom Redcam Avenue, St Andrew.

Hendriks and Ricky Rowe play two homeless men - one from downtown, the other from uptown - living on the streets of New Kingston. The man from downtown sees that the one from uptown is hiding some jewellery and, initially, wants to see if he can get it. Instead, they form a partnership and become stronger in many ways.

Hendriks has returned stronger from a lengthy sojourn in the United Kingdom, after having conquered Jamaica during the 1990s. Hendriks catapulted to fame partly because of Paleface Point of View, which aired on CVM TV, The Irie Bone on IRIE FM, his constant presence on the local theatre scene and commercials aired locally.

However, about 15 years ago Hendriks decided he needed a change of scenery.

"I moved to London. I went up to take a look because I wanted to concentrate on stand-up, and my only option here was to work on the north coast," he told The Gleaner.

"So I looked to go to the States, but I had status to go to the United Kingdom. I had the ability to go there, plus I had some family. And my then girlfriend, now wife (Lisa), she lived in the States but she was like 'let's go to England, let's do something different'. So we went to London."

He settled in Brixton, South London, joking that where he was located was "close enough to hear the gunshots, but far enough to be out of range."

It was also the perfect staging point to launch out into the rest of England, where Hendriks found an incredibly vibrant environment for stand-up comedy. He relished playing before large African and Caribbean audiences, to considerable success.

In addition, Hendriks worked in television on the sitcoms The Crouches and Brain Candy. He also worked on radio and won an aRace in Media Award for I Love Carnival on BBC Radio London.

"The difference between America and England is that you could reach everywhere. If you lived in London you could be in Manchester in a couple of hours, while in the States I have friends who were away on the comedy circuit for six weeks at a time, and I didn't want to do that," he said.

It was very fruitful. "Comedy in Jamaica bought me a car, comedy in England bought me a house," Hendriks said.

Working in England also gave him a chance to grow. "I think, with anything, you get to a situation whereby there are certain things that you want to try. It was like playing in a smaller league and you wanted to go play in the Premier League," he said.

After a decade and a half and relatively great success, Hendriks felt it was time to come home. He felt he had done his tour of duty and, with Lisa wanting to take up a job offer in her home state of Florida, they decided to move back home.

Samson and the Liar was the vehicle that took them back.

TEAMING UP WITH BELLO

The journey began about two years ago when Hendriks ran into his old friend, Winston Bell, better known as Bello of Bello and Blakka fame.

"I was doing some filming with Bello and he said he had this idea and he didn't want to be doing all this writing. So I gave him this laptop I have always had. Nine months to a year later he emailed me this script. He also emailed it to Ricky Rowe," Hendriks said.

Rowe, who was living close to Hendriks in South London, called him and proposed working together on the play. They tweaked it a little and did a version of it at the Catford Broadway Theatre, Birmingham, and also at the African Caribbean Centre in Leicester.

"It was really well received, but with that short, intense period of doing, we knew we had to bring it here," Hendriks said.

"The story was resonating so much with the people there, we thought it was going to be successful. And having been in plays, you tend to know when you have been in one that's good and that has legs. For us in the UK, when you're playing for Caribbean audiences you don't get a long run. You get to do half a dozen or a dozen shows, and we wanted to come down and go for an intense run, because we felt that we wanted to bring it home, and both of us wanted to come back and work," he said.

Rowe got in touch with Beharie, who helped make Samson and Di Lair a reality.

Now based in Florida, Hendriks plans to spend about six months each year working in Jamaica, developing projects, not only for the stage but for television as well. He is negotiating a project with a local television station and hopes to arrive at an agreement soon.

He said it feels good to be home.

"I remember once we did some shows on a cruise ship and they were 'okay', to be kind. We docked at Ocho Rios and I was feeling a little down; my wife was with me at the time, and there was a blind man begging down there. And as we passed the blind man, I said, 'here you go my bredren. Here is $100.' The blind man said 'a you Missa Paleface?' My wife said 'thank God for Jamaica, you've rebuilt the man's ego'," Hendriks related.