Johnny Nash valuable to the spread of reggae music internationally 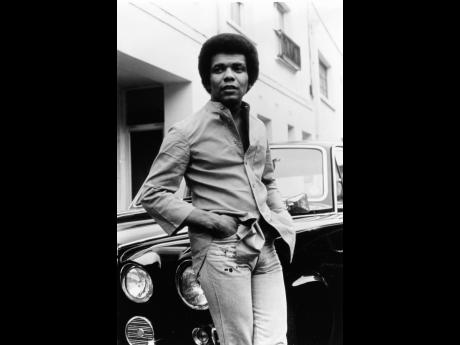 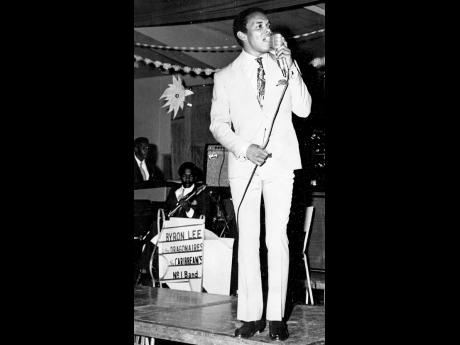 The smooth-voiced American-born singer, Johnny Nash celebrated a birthday last Wednesday and perhaps it is as good a time as any to look at the life and times of this music icon and examine the contribution he made to the spread of reggae music internationally. Nash in fact proved to be a pivotal force behind the mainstream acceptance of reggae music. His 1972 recording of, I can see clearly Now, was the song that, not only established Nash as a hard core reggae artiste, but was primarily responsible for bringing Jamaica’s reggae music to the attention of the American public. It was a massive hit on both sides of the Atlantic, reaching No.1 on Billboard Hot 100 and No.5 on the United Kingdom (UK) singles charts. Seemingly a song of hope and courage for those who overcame adversity, one source has it that Nash wrote the song from a hospital bed, while recovering from an eye surgery. Recorded in the U.K., and released by Epic Records, the lyrics tells the story:

It was the first time that North American music lovers were feeling the full impact of a music that had already extended its wings into the United Kingdom from the late 1960s. Israelites, by Desmond Dekker and the Aces from 1969 and Double Barrel by Dave Barker and Ansel Collins two years later, both topped the U.K., charts, while the Jamaican instrumentals, Return of Django (1969) by The Upsetters, Liquidator (1969) by The Harry J. All Stars and Monkey Spanner (1971) by Dave Barker and Ansel Collins, all reached the top 10 of the U.K., charts.

Nash was born in Houston Texas on August 19, 1940 and appeared in a Kindergarten Christmas play when only six years old. Like many Jamaican singers, he developed his vocal skills while singing with his Baptist church choir, and by age 13, was a regular on a local Television matinee series, singing cover versions of popular R&B hits. His appearance on a radio show hosted by Arthur Godfrey, led to a signing with ABC Records. He began as a pop singer in the 1950s, releasing over half dozen singles for various labels, between 1957 and 1964. His first chart entry, titled, A Very Special Love, (1957), climbed to No.23 on the U.S., Billboard Hot 100. With a vocal range not too dissimilar to that of the great Johnny Mathis. The label then tried to market him accordingly, but that was unsuccessful. Somewhat disillusioned, Nash ventured into the movie world and immediately won a Silver Sail award for his role in the film, ‘Take a giant Step’. In the meantime he recorded a few undistinguished recordings like, Don’t take away your Love, I’m counting on You and Ole man River, which have now become collectors items, fetching as much as US$80 each. But it was the success of the R&B ballad, - Lets’s move and Groove in 1965, that revived his singing career. Riding the American  R&B charts in the No.4 position, it was also immensely popular in Jamaica. Nash was at his immaculate best as he sang:
‘I hear you’re a mover, well I’m just about a mover too
Oh they tell me you’re a groover mama
Well I just wanna groove with you.
So come on and lets move yeah, lets groove baby
Come on girl and lets move and groove together’.

Nash’s good fortune with the song in Jamaica, led him on a promotional tour to the island in 1967. He became exposed to, and influenced by the rocksteady beat that had by now engulfed the island, and on a return trip shortly after, recorded with a Jamaican ensemble the songs, You Got Soul, Cupid and Hold Me Tight. They became instant hits in Jamaica, even before the rest of the world caught up with Nash’s brilliant uses of Jamaican rhythms. On the foreign charts, their impact was no less devastating, as Cupid, climbed to No.6 in the U.K., singles chart, while Hold Me Tight, reached No.5 on Billboard hot 100 and held a similar position on the U.K., singles chart., all in 1968. Jamaican music, which was now shaping itself to become reggae, had now gone far beyond its shores. Nash thus became the first non-Jamaican singer, to record reggae music in Kingston and the first to record Bob Marley songs when he covered, Stir it Up (No.13 on the U.K., charts in 1972), Guava Jelly, Nice Time and Comma Comma, some of which were included on the I Can See Clearly album.

The story of Nash’s association with Marley is well known. Apart from recording Bob’s songs, Nash managed to sign him to a recording and publishing contract at the end of the decade, which saw the controversial release of several Marley and The Wailers song on the JAD label, owned by Johnny Nash, Arthur Jenkins and Danny Simms. During all of this, Nash had temporarily quit his frontline assault on the charts to renew his pursuits as an actor. He however, decided to return in 1972 and signed with the U.K., based CBS Records, who packaged the album, I Can See Clearly Now.

Nash’s career took a downturn after his U.K., hits, but was miraculously revived in 1975, when he again hit the No.1 spot on the U.K., charts with, Tears On My Pillow. He hit the charts again with, Let’s Be Friends and What a Wonderful World, before retiring. Nash joined others like Millie Small, Laurel Aitken, Jimmy Cliff, Bob Marley and Frederick Hibbert as early exporters of Jamaica’s popular music.