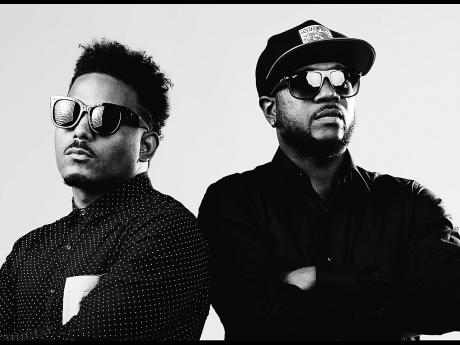 Dancehall duo Voicemail has conquered the dancehall scene for years with hit singles, but was never signed to an official management team. The group, which started out in the late 90s with five members, now numbers two and has had many successes.

Kevyn V of Voicemail shared, "Over the years, we have managed to break many barriers in music, independently, but it has been a rough road, however. There comes a time when you, as the entertainer, need to have a solid team to assist with your growth."

The management team Kevyn V referred to is fairly new but has already hosted meetings and seminars with the group to help them get in tip-top shape. Tower Media Management Group (T.M.M.G) describes itself as shared that they are "a group of innovative music and video producers, managers and other musicians that help to create a wholesome team".

Both entertainers, Qraig and Kevyn V, said they were approached by the CEO of T.M.M.G and, based on several meetings, they were eager to work with the new team. "Management approached us and, immediately, I could feel their willingness to work on further building the Voicemail brand, so we made the conscious decision to work with those who shared a similar vision," Qraig said.

"We at T.M.M.G are elated to work with such a tremendous group that has contributed so much to the dancehall culture. We believe that our company will work vigorously to maintain a clean image for our artistes and further assist them in creating even bigger waves and breaking larger barriers," a statement from T.M.M.G. said.