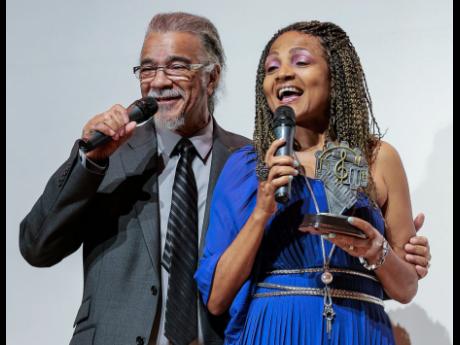 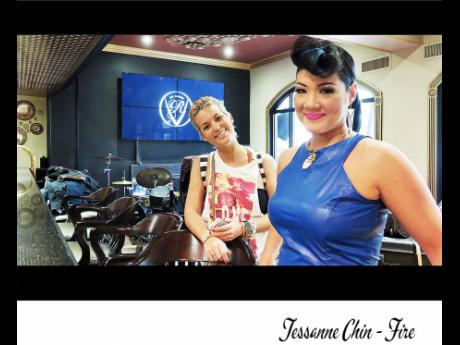 Contributed
Tessanne Chin (right) hangs out with her sister and manager Tami behind the scenes on the set of the video for her single, ‘Fire’.
1
2

In a recent Sunday Gleaner article, iconic producer/manager Winston 'Niney' Holness expressed his view that Jamaica's music industry was experiencing a management crisis. Among several controversial issues highlighted by the outspoken icon was the fact that some local recording artistes have opted to employ family members as their managers, instead of hiring qualified persons in the music industry.

Understandably, Niney's comments did not fall on deaf ears, and some artistes' managers who fit the bill have taken up the fight. They have refuted claims of being unprofessional and ignorant of the business of music.

Among the managers who spoke to The Sunday Gleaner was Ruddy Isaacs, former road manager for his late brother Gregory Isaacs. He says, he was no 'hurry come up manager'.

"Me and Gregory used to walk and sell records through Kingston. More time, we only mek $30, but a di work, so me know the ropes a di business. But I agree with Niney, to some extent, because mi see man go on tour with artiste sey dem a manager and dem totally lost to the business... me nuh siddung and wait pon money. Mi work fi dat," he said.

Ruddy Isaacs also agreed that some managers have been losing out on potential revenue because of their ignorance.

"Right now, nuff a dem nuh know sey a man not supposed to video your performance without making a payment. So they collect one money to perform, but all six different persons video the performance and sell it elsewhere. Yu nuh see sey him a breach the artiste copyright? Dem nuh know dem thing deh," he argued.

The manager also feels like sibling managers have great potential, however, they must value themselves and the task at hand.

"A wi work, so we look out for the artistes' best interest whether it's our family or not. Once yu respect yu job and yourself, you will work to the best of your ability and that has nothing to do with blood," he said.

Following Alkaline's split from reggae producers/label Cahban Records in 2014, the young deejay employed his sisters, Kareena and Kymona, as his managers. At the time of the split, the deejay had claimed that he was not getting a fair share of profits from the label and preferred to work with persons he could trust.

With the operative word being 'trust', Alkaline's sister Kareena Beckford says sibling managers are better for business. She claims the connection between blood-related business partners creates an environment which is less hostile because the love and care is genuine.

"You are fully aware of the personality of the person so it is not very challenging, because in most cases you grew up with this person. It's different from working with somebody you don't know and it usually takes time to build a real functional unit like that. We also developed a level of trust growing up with each other from a tender age, therefore, it is easier to translate that into business," she told The Sunday Gleaner.

Like many sibling managers, Kareena was thrown into the business of music prematurely. However, she says she and her sister have done their relevant research using the Internet, as well as interaction with industry veterans. Kareena is also studying entertainment management at the University of the West Indies and will soon possess the official certification to validate her current profession as an artiste manager.

Veteran music industry player and manager Tommy Cowan did not manage his siblings. However, he currently manages his wife, Carlene Davis, and has years of experience working with icons like Dennis Brown, Bob Marley, Papa San, John Holt and Stranger Cole.

Cowan subscribed to Niney's claim that some of the managers of contemporary Jamaican music are in fact incompetent. He also highlighted that while Kareena argues that the connection between siblings may make business easier, there is some truth, however, that same connection can also be detrimental to the progress of an artiste.

"In some cases, they can overreact when it comes to reality and that is usually because of the emotional attachment. At the end of the day, when I started to manage Carlene, I already had over 20 years of experience, working with artistes in the United States and Japan. Overall, what the business needs is good managers and good artistes, one should not be good and the other bad, both should be equally competent," Tommy Cowan said.

Among some of the artistes who have switched their management teams, opting to employ family members, are Busy Signal who axed Shane Brown for his brother, Alkaline who severed ties with Dwayne Morrison for his sister, Aidonia who fired Skatta Burrell and later employed his brother, Beenie Man who parted company with Shocking Vibes and now has his brother, Blue, to run the affairs, and reggae/pop artiste Tami Chynn now manages her sister Tessanne Chin.

Lady Saw was also managed by her sister Jasrenna Hall in 2009. At the time the deejay told The Gleaner that she had issues trusting strangers with her business.

"Instead a me tek di stress, she tek it. People end up hate her because she a protect her sister. But you have managers who are crooks: book me, and add more to the money. So you lose the show because they trying to gain more for themselves secretly. So with family, you don't have to deal with that level of unfairness - people too unfair and thief sometimes," Lady Saw disclosed.