US rapper Safaree wants to expose Jamaica's beauty in his videos 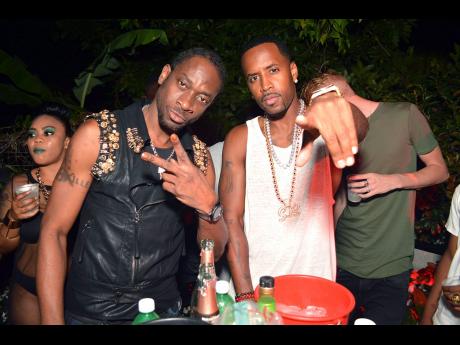 Anthony Minott
Bounty Killer (left) and US rapper Safaree hanging out at the recent Toxity pool party in Hope Pastures. 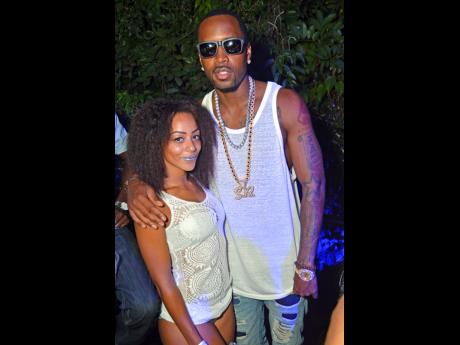 American rapper Safaree recently visited the island film music videos for some of his upcoming projects. According to the rapper, whose parents are Jamaicans, he wants his video footage to not only highlight the island's inner-city communities, but also to expose Jamaica's beauty to the rest of the world.

Safaree, who dated pop star Nicki Minaj for 12 years, took the opportunity to visit the Bob Marley Museum, Blue Hole, Nannyville, and Frenchman's Cove, among others. He told The Gleaner, that his appreciation for Jamaica is unique.

"Anytime I see people do stuff in Jamaica, it's just usually done in a place that make you think that all the houses are made of tin and wood. That creates a bad perception for people who have never been here before, or other places in the Caribbean, or even Africa. Many people don't realise that some of these places are the most beautiful in the world. I have some business that I need to take care of in the US, but I am very interested in moving out here and raising kids here. I want two kids and a goat here," he said.

The rapper has developed a reputation for his style of rapping, which usually sees him smoothly interchanging the English language and Jamaican patios. He explained that his decision to 'code switch', as the style is referred to, is because of his respect for the reggae genre.

Foundation of all music

"I don't feel like I sound like anybody else. Nobody else doing rap and switching it up with reggae, using this type of style. Reggae is like the foundation of all music and this is not only because I am Jamaican. When you really look at it, and think about it, reggae influences everything, whether people want to acknowledge it or not. Reggae is a world sound, and not every genre can say that. You can go to any club in the world and still hear a Bob Marley song," Safaree said.

In 2011, Barbadian singer Rihanna came under fire, locally, after viewers felt that her video, Man Down, which was filmed in Jamaica, painted a negative image of the island. Drake's Find Your Love, filmed in 2010 also came under fire from persons concerned about the image of Jamaica being sold to the international audience.

Safaree, is promoting songs like Most Fun, featuring a sample from Sizzla Kalonji, Love The Most and Volume, featuring Ward 21, among others.

"I have received a lot of love here, and Jamaican people have a lot of pride. They will see you, know who you are, but they don't bother you, they will like go to somebody and ask them to get a picture with you, but I am usually very approachable. It was good finally connecting with Bounty Killer, who I have a lot of respect for, and Lady Saw, who cooked for me at her house," he told The Gleaner.