Record Labels just as vital as the music 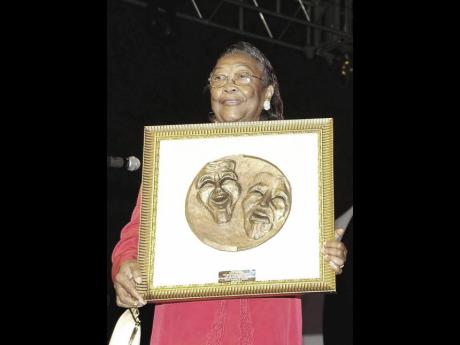 File
Sonia Pottinger holds up an award she received at the The Prime Minister's Independence Gala in 2006. 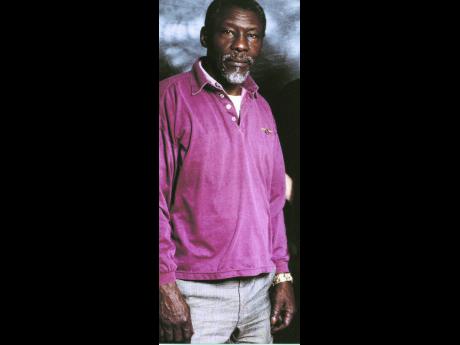 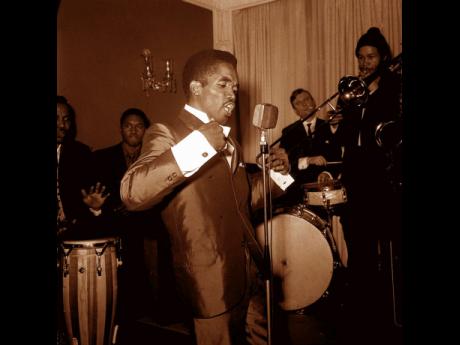 File
It's the Blue Beat style as demonstrated by Prince Buster at a reception at the May Fair hotel in London. Blue Beat music is based on a West Indian blues style known as 'Ska Blues'.
1
2
3

To the average record fan or record collector, a record label is nothing more than a circular piece of paper attached to the record, that gives information about the recording. The information normally ranges from the song title or titles, the performers, the label name, the writer, and sometimes the publisher, producer, and the year the recording was done. As important as this may seem, the average record collector or music fan views this information as trivial and unimportant, because their main interest lies in what is contained on the playing surface of the record - the music.

On the contrary, the very serious record collector attach as much significance to the label as he/she does to the music that is on the playing surface. Several record collectors from distant shores, visiting Jamaica in search of hard-to-get vinyl records, have been known to have foregone scratchy playing surfaces in favour of acquiring the original record labels or their label of choice, and at exorbitant costs, too. That's as serious as it gets. Working along with the matrix number (the third component on a record, situated between the playing surface and the label), collectors have been able to identify recordings, some of whose labels have been badly defaced.

The importance of record labels takes on added significance, although perhaps in a different sense, insofar as it relates to some record producers. Sonia Pottinger, the only female record producer in early Jamaican popular music, recorded the songs she produced on various labels, depending on the genre, style or type. In an interview I had with her, just before her passing on November 3, 2010, she told me: "I recorded on Glory, which was strictly for gospel, and I had SEP (Sonia E. Pottinger), Gayfeet and Hi-Note. Gayfeet and Hi-Note were for the more sophisticated recordings," she said. Asked how she coined the name Gayfeet, she responded, "Well, you dance when you hear the music; it's a gay time and the feet move." SEP label had several outstanding ska pieces, while Glory, showcased revivalist sounding songs like, The Man of Galilee and It Soon Be Done by Otis Wright and others. Sonia Pottinger's Hi-Note and Gayfeet labels were also responsible for the stellar hits, It's Hard to Confess by The Gaylads, Lady with the Starlight by Ken Boothe, and The Melodians' triple - No Nola, Little Nut Tree and Swing and Dine. The last cut, which became a perennial favourite at oldies dances since the late 1960s, was an entreaty to prolong dances. The lyrics, sung by Tony Brivett, are worth reciting:

"I can't believe you want to leave so soon

The music is sweet for your dancing pleasure

Baby it has no measure.

Swing and dine and dance for your money."

The Blue Beat record label, although not one that is highly sought after by record (label) collectors, was very important to the proliferation of Jamaica's ska music in Europe. Established in England in the early 1960s by the Austria-born Emile Shalit, owner of Melodisc Records, the label became a sub-label to Melodisc and was given exclusive rights to distribute Jamaican ska records in the United Kingdom. The success of the venture led to the use of the word 'blue beat' as a generic term to describe all styles of early Jamaican music, including ska and R&B. Laurel Aitken's Lonesome Lover - a 'bluesy' ballad, is said to have spurred Shalit into action. Aitken seemed emotionally charged as he sang the lyrics:

I'll never be lonesome no more."

One of Shalit's understudies adopted the name, Blue Beat, because he said it sounded like blues and it had a great beat. Shalit's contracts with Jamaican artistes helped him to build an impressive roster of stars that included Derrick Morgan (Shake a Leg), Laurel Aitken (Boogie in My Bones), Owen Gray (On the Beach), Byron Lee and the Dragonaires (Dumplins), Higgs and Wilson (Mannie Oh), Prince Buster (Dennis Alcapone's Guns Don't Argue) and (Wash Wash), along with the Rastafarian-influenced, Oh Carolina by the Folks Brothers. All were big sellers for the Blue Beat label in Europe.

But certainly, when it came to the subject of record labels, no one could beat Clement 'Sir Coxson' Dodd for numeral supremacy or for the significance he attached to respective labels. Amazingly, Dodd had no less than 40 labels on which he distributed his recordings. Tabernacle, was strictly reserved for sacred and spiritual stuff, while Port-O-Jam, generally featured Coxson's jazz and calypso releases. Dodd debuted with the Federal Product - World Disc label in the late 1950s. Bonnie and Skitter, Clue J and the Blues Blasters - Coxson's first studio band, and Theophilus Beckford graced it. But after receiving no royalties, he created D. Darling, which credited his mother, Mrs Darlington. It released the very exclusive instrumental piece, Dewdrop by Don Drummond. But the most common of Dodd's label is Coxson. Exhibiting a Jamaican and a New York variation, the label showcased Freddie McKay's Picture on the Wall, Norma Frazer's The First Cut Is the Deepest, and Wilson's There's a Reward. The Studio 1 label, created in 1965, and which had several variations, brought Sugar Minott to public attention with Oh Mr DC Earlier, The Skatalites excelled on the label with the best they had to offer. The Muzic City label, which featured some early recordings, was named after Coxson's shop at 57 East Queen Street in Kingston. Then came the opening of the floodgates with Okay, Supreme - for slower recordings, Winro, Downbeat - named after his Sound System, Roland and Powie, which refers to Dodd's right hand man, saxophonist, Roland Alphonso. Also numbered among Coxson's labels were, Wincox, Bongo Man, Iron Side, Money Disc, Sight and Sound, Faze Four, Konduko and 1 Flash Hit, which operated exclusively in the US.