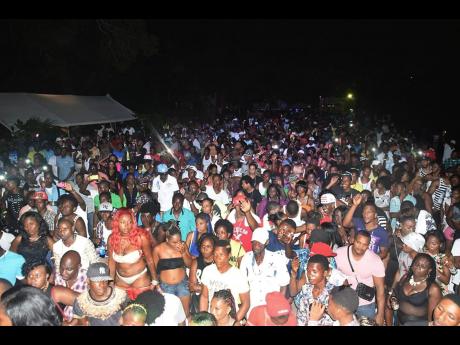 Contributed
A section of the crowd at Shades Pon De Beach. 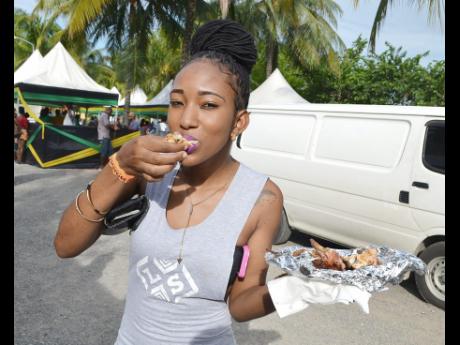 With the summer winding down for this year, the plethora of shows are at an end, and today we look back at some of the top shows in the Ocho Rios region, in terms of crowd attendance, during the period.

Beach parties, as usual, were the most prevalent, and while most of these were well supported, other events that included stage performances also got good support.

By all accounts, the most popular event staged in Ocho Rios for the summer was the adult-only Shades Pon De Beach, held August 2 at Sugar Pot Beach, Rio Nuevo.

In terms of crowd support, excitement and audience satisfaction, Shades Pon De Beach got the best reviews from showgoers.

The day and night event which was highlighted by a performance by dancehall star Popcaan, along with other acts like RDX, Twin of Twins and US-based, Rude Rose, pulled a bumper crowd in the night for the main stage event. Hosted by Bad Boy Trevor and DJ Chicken, the day period also had its fair share of support and featured several acts, including Extreme Pushers dance crew, which hails from the Content Gardens community. Shades Divas and Bad Boy Entertainment Crew were also part of the package.

"It was the right mix of adult entertainment, beach fun and a nice stage show in the night, so to me it was a complete package," one satisfied patron told Entertainment Avenue, adding, "There was the Shades Divas to whet the appetite, top selectors Hyperactive, top dancehall star Popcaan. It did haffi sell off!"

"It was the ultimate exotic experience," said Lloyd Cameron of Shades Nightclub. "I said before the event that we expected a bigger turnout than last year because the show keeps growing, and we are happy for the support. It's proof that the public appreciates good adult entertainment."

The Smirnoff-sponsored Soak Bikini Fest, put on by Streets Entertainment on July 19 at the Ocho Rios Bay Beach, maintained its pulling power and once again appeared to have been one of the the better beach parties for the summer.

Another Smirnoff-sponsored event, Drinkers Paradise, at Fantasy Beach in Priory, was also highly rated, while in terms of dance, the Guinness-sponsored Bass Odyssey Sound System Festival at Richmond Estate was tops.

A family event, the St Ann Jerk Festival, staged this year for the second time, on August 6 at Turtle River Park, Ocho Rios, continues to grow with encouraging signs. It was one of very few family events during the long summer break that the entire family could enjoy. It is expected to be an even bigger and better show next year.

The Ocho Rios Seafood Festival, which is usually highly anticipated, was postponed from its August 2 scheduled date, and has now been pushed back to later this year.