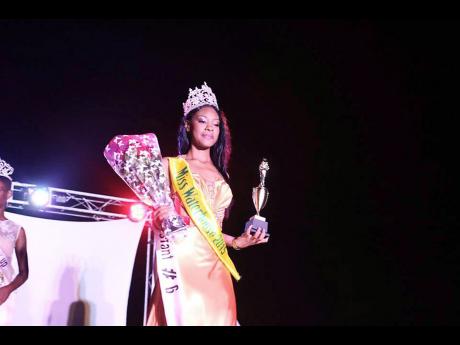 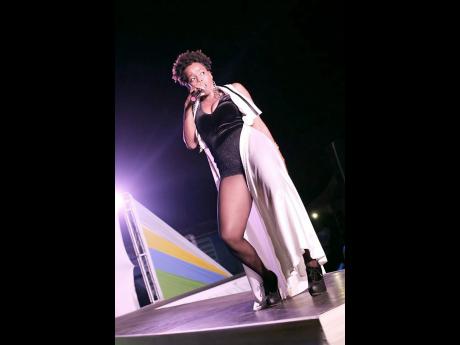 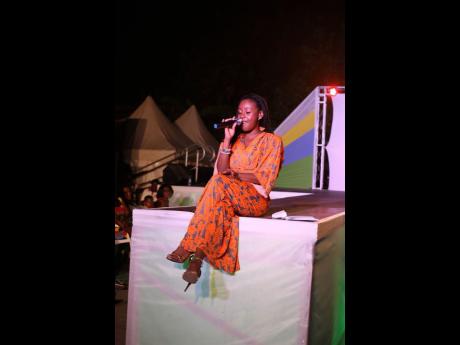 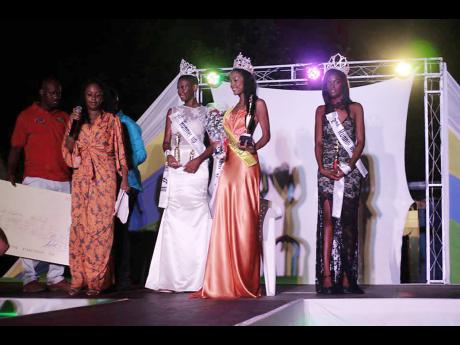 The inner-city community of Waterhouse came alive recently, as it hosted the inaugural staging of the Miss Waterhouse Pageant. According to organisers, the turnout was massive, and based on the success of the first staging, they are already planning bigger and better things for next year as they hope to make the pageant an annual event.

Following weeks of in-house promotion, the pageant was one of the most highly anticipated events to be hosted in the community in recent years. Several distinguished individuals, including Ecuador's Ambassador to Jamaica, Her Excellency Clelia Barreto de Hunter and former Jamaican Ambassador to China, Her Excellency Claudia Barnes, were in attendance. Eleven females from the community displayed their talents and showcased their intelligence in an effort to cop the coveted crown and the top prize of a scholarship.

The event got under way at 7 p.m. at the Balmagie Primary School on Bay Farm Road. Media personality Emprezz served as the evening's host,

and according to the event organisers, she did a fantastic job of keeping the crowd engaged and entertained.

The standout performances, however, came from the competing females as they had to show the judges that they were beautiful both inside and out.

Not only did they put on a memorable show for the residents, many of whom were

family and friends, but the display of talent from the finalists made it hard for the judges to choose a winner.

However, they had to, and in the end when the scores were tallied, Shante Gapour, a first-year student at the University of the West Indies, was crowned Miss Waterhouse 2015.

Not only did she take the title, but she also walked away with a $120,000 scholarship, as well as a place in the Miss United Nations Pageant.

Following the announcement, an overwhelmed Gapour said she was happy with the outpouring of love and support she has been receiving since securing the crown. She is also looking forward to hearing the views of the people in her community as she sthrives to help build a foundation for young adults during her reign. "There's a lot of work to be done, and I'd like to hear your views. Let's make Waterhouse a more friendly and inviting community," she wrote on the pageant's official Facebook page.

Sasha Bernard and Safia James rounded out the night's top three, placing second and third, respectively. For their efforts, they were awarded scholarships valued at $75,000 and $30,000, respectively.

Singer Cherine Anderson was the night's entertainer and she thrilled the audience with her usual silky smooth vocals. The member of parliament, Minister Anthony Hylton, and his wife were also in attendance.

The title sponsor for the event, Sanmerna Paper Products Limited, is already looking forward to next year's pageant. Owner Robert White said he was pleased with the turnout and will be doing everything he can to ensure the competition grows annually. "It is good for the community," he said. "The Miss Waterhouse Pageant was created to give young ladies the opportunity to express themselves, to build self-confidence, showcase their talents, and inspire others to be a part of the journey. Waterhouse is a vibrant community filled with hope, potential, and talent, and we just want to see the residents fulfill their true potential."