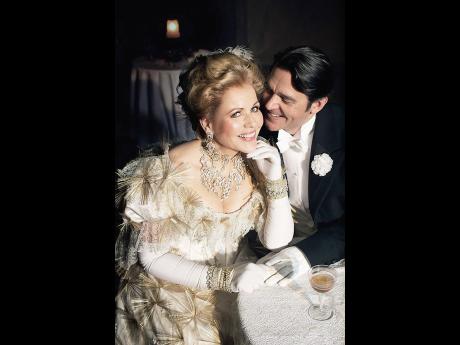 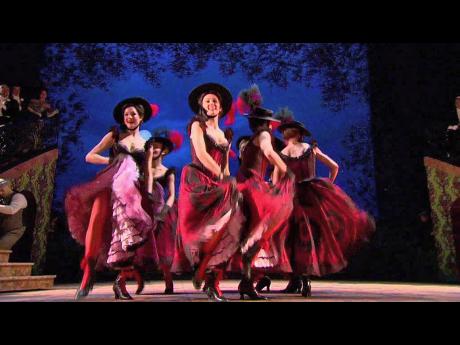 THE MERRY Widow Encores at Palace Cineplex on Sunday at 11:30 a.m.

Lehar's delightful operetta,The Merry Widow, returns to the Met in a fun-filled summer encore, showcasing the talent of Broadway director and choreographer Susan Stroman, whose many credits include Tony Award-winning musicals Crazy for You, Contact and The Producers.

The celebrated soprano Renee Fleming stars as the beguiling femme fatale, Hanna Glawari, the widowed Pontevedrian millionaire, who mesmerises the length and breadth of Paris.

The stellar cast of performers also includes Broadway star Kelli O'Hara, who makes her Met debut as the Baron's coquettish wife Valencienne. She is best known for her acclaimed performances in South Pacific, The Light in the Piazza and The King and I.

The Pontevedrian ambassador in Paris, Baron Mirko Zeta, is giving a ball at the embassy. His home country is nearly bankrupt and he hopes that their Parisian guests will help them raise the money it needs.

Zeta is pleased when he sees his young wife, Valencienne, flirting with Camille de Rosillon, a young Frenchman, assuming she's trying to win French support for Pontevedro. In fact, Camille has declared his love for Valencienne and writes 'I love you' on her fan.

Zeta eagerly awaits the arrival of the guest of honour, Hanna Glawari, a wealthy Pontevedrian widow. He plans to get Danilo Danilovitch, a womanising aristocrat and the embassy's secretary, to marry her so that her millions will stay in Pontevedro.

Hanna arrives and is showered with compliments by the Parisian men. Valencienne realises she has lost her fan with Camille's incriminating message and rushes out to look for it.

Finally Danilo arrives fresh from a night of partying at Maxim's. He and Hanna talk, revealing that they were once in love, but that Hanna was considered too far beneath Danilo's status for him to marry her. He tells her he's not interested in marriage and will never say 'I love you'.

Meanwhile, Zeta's chief of staff, Kromow, finds Valencienne's fan and thinks it belongs to his wife, Olga. Zeta, wanting to spare Olga the scandal, convinces him it is Valencienne's. He then meets with Danilo and orders him to marry Hanna for the good of Pontevedro.

Danilo tells him he will keep all the Parisian men away from her, but will not marry her. When the ladies' choice dance is announced, Hanna selects Danilo and, after some flirtatious bantering, the two finally dance.

The Met 2015 Summer Encore series in Jamaica, featuring select performances from the groundbreaking Live in HD series, will close with Verdi's Aida on September 20.

Tickets are now on sale for Summer Encores at the box office of Palace Cineplex and via the web at www.palaceamusement.com, with a Palace Card.