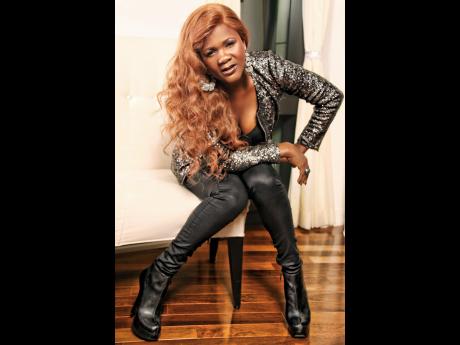 International recording artiste Marion Hall, more popularly known as Lady Saw, is gearing up to make a contribution of computers to the Galina Primary school located in St Mary, under her Lady Saw Foundation.

According to the veteran entertainer, the contribution will assist in the educational development of the children attending the institution.

"I have always wanted to give back to local institutions. Anything to do with children and to help them learn and become successful members of society, I am willing to assist," she said.

Lady Saw is currently in Canada where she is expected to perform on a string of events. While launching the foundation back in 2014, she had informed The Sunday Gleaner, that she intended to spend millions to improve the lives of Jamaican children, since she endured several obstacles during her own development.

"I remember having to sleep at friends' house and sleeping under the bed to hide from my abuser when I was growing up, and people helped me. So I want to give back. I don't want people to think that this is about publicity, because I am not that type of person. I want to create awareness about the issue and state the role I want to play," she said.

Lady Saw is also challenging Corporate Jamaica to provide assistance with the fencing of the Galina Primary school, highlighting that the work is far from being complete.

Also as part of her charity initiatives, the deejay also donated some of the money she received from the sales of her independently produced album titled, Alter Ego, to various homeless shelters. The project which was released under her label, Diva Records in late 2014, charted on iTunes, and was distributed by VP Records.

The album features inter-national acts like UB40, Flo Rida, Estelle and Beres Hammond. However, the collaboration with Beres titled, She Has Changed, was also used as the title track for the Lady Saw Foundation's website and initiative.

The deejay also spearheaded a toy drive earlier this year in the U.S., where she collected seven barrels of toys in collaboration with media personality Ragashanti, then followed up with a meal drive where she provided home cooked meals for the homeless in the Corporate Area.

"I cooked the food myself because I love cooking... It was so touching, and it opened my eyes, because when people like us complain that life is hard, we should really be grateful and take a look at the lives of the homeless, who don't know where the next meal is coming from. Nor do they have a roof over their heads," she told The Sunday Gleaner.

Also expected to contribute to the Galina Primary, are music industry friends of the iconic deejay. Lady Saw is also promoting singles like Likkle Bit produced by DJ Frass and Summer Love.