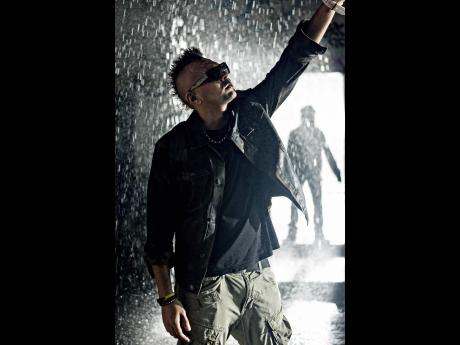 An official lyrics video for Love Song to the Earth, the new environmentally conscious charity single, which features the vocals of reggae/dancehall star, Sean Paul, has premiered online.

The clip, now playing on LoveSongtotheEarth.org and other websites, features scenes of wildlife and natural wonders from around the world.

Not only did Sean Paul lend his vocals to the song, but he has also been credited as one of the writers on the track. The song, released last Friday, also includes the voices of Paul McCartney, Jon Bon Jovi, Colbie Caillat, Natasha Bedingfield, Sheryl Crow, Fergie and others.

Love Song to the Earth, was created to support a United Nations campaign to put pressure on world leaders to sign a global agreement on climate change at the annual Conference of Parties meeting in Paris this December.

The song is available as a digital download on iTunes and will be released on other major music-distribution outlets.

Songwriter/producer Toby Gad said when the United Nations asked him to write a song about climate change, he felt honoured and inspired and chose to focus on the message of planet Earth's importance.

In an interview with Rolling Stones Magazine Jerry Cope, the song's executive director, video co-director and co-producer, said he hoped people will listen to the song and pledge their support by signing the petition they hope to deliver at the opening of the climate conference in Paris.

"The Earth's climate supports the rhythm of life, and music touches our very souls," he explained.

"Toby Gad, John Shanks, Natasha Bedingfield and I began the Love Song project to raise voices and spirits to support the world's leaders this year, as they negotiate a global climate agreement in Paris this December. It is critically important that we take the actions necessary to ensure a stable, safe climate system for all life on the planet. It is our Love Song to the Earth."

The contributing artistes will donate their proceeds to Friends of the Earth U.S., and the United Nations Foundation.