Montego Bay positions itself as Creative hub for Musicians 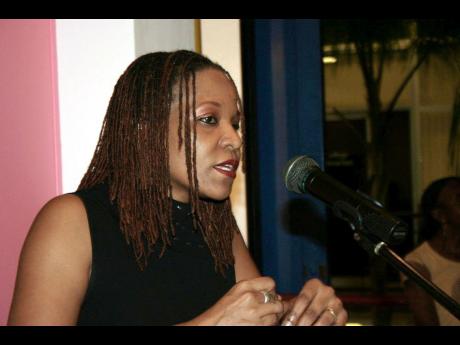 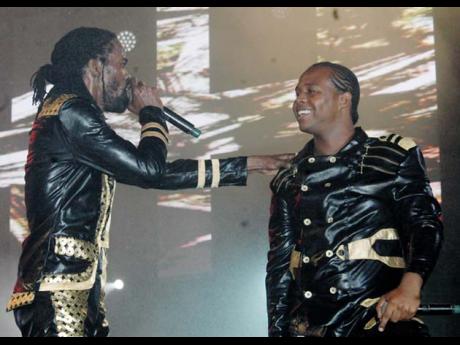 File
Rhyme Minista (left) and Teejay, who both represented well for the city of Montego Bay on Dancehall Night at Reggae Sumfest 2015, are seemingly enjoying themselves on the stage.
1
2

The creative city is a concept that was put forward by urbanist Charles Laundry in the 1980s to reflect the notion that countries can achieve development through creativity, open-mindedness, imagination and harnessing the cultural credentials of its people.

The philosophy behind creative cities is that there is always the existence of creative potential in a place. It explores the idea that the appropriate conditions are needed for people to think, plan and act in accordance with their creative imagination.

With the relevant conditions provided, creative minds can develop themselves or their community, using the tools at their disposal. With that theory in mind, Dr Donna Hope told The Gleaner in 2013 that Kingston was Jamaica's undisputed creative city, despite the fact that some of the most successful Jamaican musicians were born in rural parishes.

"A creative city is one that incorporates cultural diversity and creative innovation within its boundaries so that its cultural resources are exploited and expressed. It is one in which particular urban cultural resources exist and are used to express the cultural specificity of that city and, by extension, its people and country," she continued.

"Kingston does fit into this classification because it stands as a primary location in Jamaica, where specific urban cultural resources exist and are brought to life in diverse ways. For example, there is the utilisation of sites like Devon House and Port Royal and the existence of multiple art galleries and related locations. In addition, the role of Kingston is central in the development and showcasing of multiple cultural products around particular areas of our indigenous culture such as language, comedy, fashion, food, dance, sports, visual arts, performing arts, literature and so many others," she told The Sunday Gleaner.

The article featuring Dr Hope's comments also positioned the view that creative minds are forced to migrate from rural areas in an attempt to launch their careers. However, according to music industry players based in the parish of St James, Kingston's market share as the prime creative city is gradually being challenged for the top spot.

They claim that parish capital Montego Bay, often refereed to as the Second City, has been developing as a strong rival to Kingston where music production is concerned and is benefiting from the Government's decision to use music as a tourist pull factor. Also, there is the argument that the Kingston entertainment scene is becoming too saturated.

With a fresh crop of dancehall and reggae artistes like Tommy Lee Sparta, Ryme Minista, Don Don, Prince Pin and Teejay, as well as a strong contingent of dancers, Montego Bay's music industry players believe the Second City will provide stiff competition in years to come, especially since some of the major events on the entertainment calendar are already held on that side of the island.

Fabian Scott, a record producer-manager for recording artiste Don Don, who is also based in Montego Bay, says the ongoing growth of the music industry was articulated through planning and research.

"We did our research, and this is not 20 years ago when we had to go to Kingston because we had no alternative. We have access to technology, so we don't have to rely on Kingston for radio play, etc. Everything is online now," he said.

Scott also believes the decision by the Jamaica Tourist Board to use music as a pull factor for tourism has also worked in favour of the music industry in western Jamaica.

"It is like a chain reaction because everywhere that music is played, we get a chance to network and promote our artistes there. We also have the biggest events in Jamaica down this side like ATI, Dream Weekend, BritJam and Reggae Sumfest, and the tourists are in every club, and we normally promote at the clubs and just about any place there is an audience, and this is the place for that," he said.

In addition to social media, the producer says Westmoreland, St James and Trelawny have benefited from community-based radio. Some of the artistes have also performed at the annual events hosted in the tourist areas, and despite the fact that they are relatively unknown in Kingston, they are seen as stars at these events, sometimes outshining their Kingston-based competition on the same stage.

For example, Montego Bay-based artiste Ryme Minista gained popularity in Montego Bay and made his debut at Sting in 2014, where he was less than impressive in comparison to his Kingston-based counterparts. However, in contrast, Ryme Minista's set at Dream Weekend 2015 was well received as hundreds of patrons residing in that side of the island roared in approval of his music as they were more familiar with the act and his work.

Ryme Minista is currently managed by Starz Plus Management, the same company that manages fellow Montego Bay-based artiste Teejay. While not as popular as Ryme Minista, Teejay told The Sunday Gleaner that he has been making progress by utilising the resources available in Montego Bay.

"You see youths from Montego Bay, we a go-getter. From a man sey him wah do music, him nah wait pon people fi di opportunity. Him a buy a computer and mek him own studio and guh for it. Right now, we always in the street promoting and giving out CDs and creating the buzz, so that is why youth from MoBay a guh always mek it," he told The Sunday Gleaner.

Top reggae-dancehall artistes like the legendary Bob Marley, Peter Tosh, Tony Rebel, Coco Tea, Barrington Levy, Capleton, Ninja Man and I-Octane, among others, are all migrants from rural areas. However, in an effort to launch their careers, they relocated to Kingston, the reigning creative city. This reality may one day shift in the direction of Montego Bay.