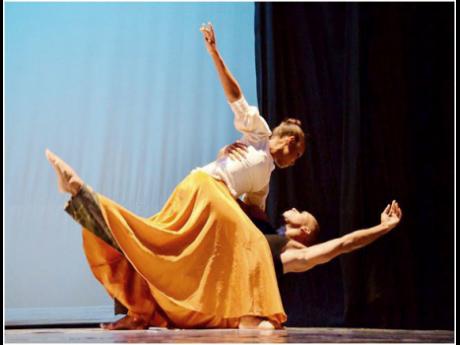 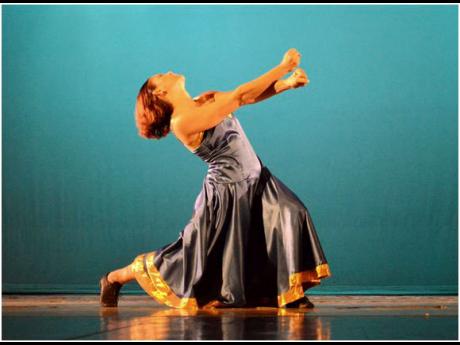 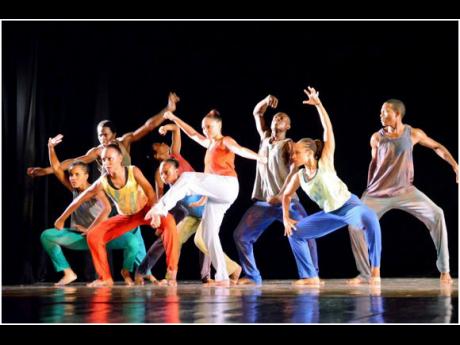 Contributed
A movement in Searchlight. 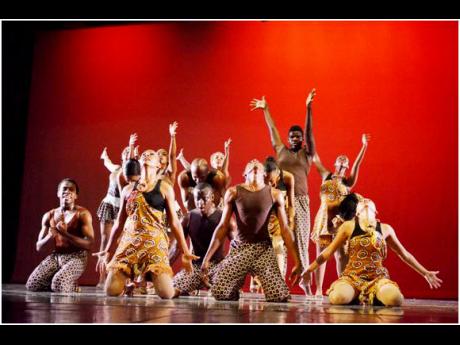 Contributed
Dancers from Movements Dance Company in Ubonto, during their 2015 season at the Little Theatre, Tom Redcam Ave, St Andrew, held on September 5 and 6.
1
2
3
4

The Little Theatre, Tom Redcam Avenue, St Andrew, came alive on Saturday, September 5, as Movements Dance Company of Jamaica staged the gala performance of its 2015 season. Coming back after a brief hiatus last year, expectations for this year's show were very high.

The first dance, Bread of Life, was choreographed by Movements artistic director, Monica Campbell McFarlane, is about believers who rely on God's grace to face the challenges of life. The piece utilises the music of international gospel artiste Michael W. Smith.

The sobering Mothers of War, choreographed by the internationally acclaimed, Christopher Huggins, was next. The dance examines the pain mothers feel in sending their loved ones to war. Jade Arscot, Levi Marsman, Sarah Brady and Royane Green delivered memorable performances.

The theme of this year's season was On Eagle's Wings, which was, fittingly, the name for Campbell McFarlane's first new work of the night. Leesa Kow delivered a powerful, performance, in which it appeared as though every bone, muscle, and moving body part conveyed her emotion, expressing the progression from sorrow and endurance to hope and triumph.

Just before intermission came the second new work by Campbell McFarlane, Searchlight. It could have been assumed this would be about finding something, but it was quite the opposite. This dance was about the lost and rejected, who society couldn't care less about finding. The choreography was backed by soaring vocals from Barrington Levy and featured common dance moves that have for decades defined successive generations of talented, but systemically poor in Jamaica.

Ubunto followed a brief intermission. Choreographed by Ashe's artistic director, Michael Holgate, it showcased the African roots of Jamaican dance and the modern variations, reminding of the strength to be found in unity. Strong and varied movement, for the most part clean corps work and tasteful costumes, came together very well.

Gospel artiste Jermaine Gordon then gave a spirited performance of You Are God, the audience singing along with him in the well-timed artistic change of pace.

The night's final piece was Wrath of God by Christopher Huggins. From the full black costumes to spellbinding music and chaos of unrelenting action, it was thoroughly entertaining. The dance tells the story of the end times when God's judgement prevails. It was a bit frightening, but very positive as good ultimately triumphs over evil.

The 2015 Movements season was a terrific experience although, unfortunately, the show only ran for one weekend.