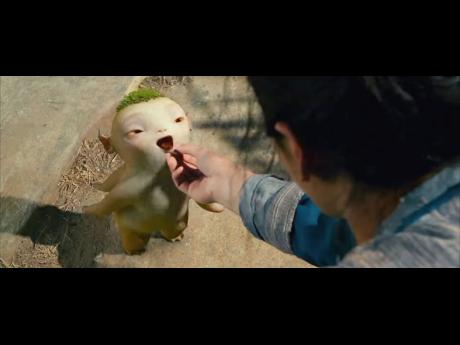 A Chinese live-action animation film has knocked Fast & Furious 7 off the perch of the country's biggest grossing movie of all time - the first homegrown film to do so since the mainland reopened its market to Hollywood movies in 1994.

Monster Hunt, a movie about a baby monster whose life is under threat, had earned 2.428 billion yuan (US$382 million) by Friday since its debut on July 16, according to the official Xinhua News Agency on Saturday.

The latest in the fast car Furious franchise had pulled in a total of 2.426 billion yuan (US$381 million) in the mainland market by May.

Xinhua said Monster Hunt is the first domestic film to reach the top spot since 1994, when the Communist authorities lifted a ban on Hollywood movies.

Fast & Furious 7, called Furious 7 in the US, had taken the highest grossing movie accolade in China from Transformers: Age of Extinction. Before Transformers, the 2010 film Avatar held that distinction.

Domestic films have already made 18 billion yuan (US$2.9 billion) this year, up 73 per cent on last year, according to the administration. They are helped by authorities limiting the number of screens for foreign movies during prime movie-going holiday periods.