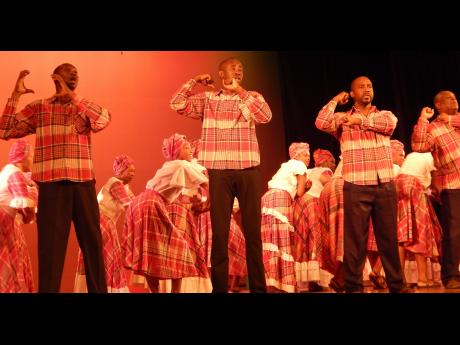 Michael Reckord
The men act out the carrying of bananas as they sing. 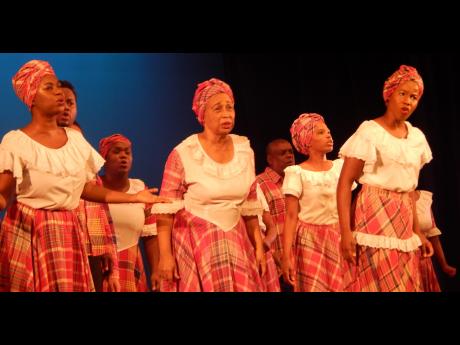 Michael Reckord
The Jamaican Folk Singers in action. Soprano Cecelia McCarthy Reid (right), complains about the theft of her dumpling during this scene. 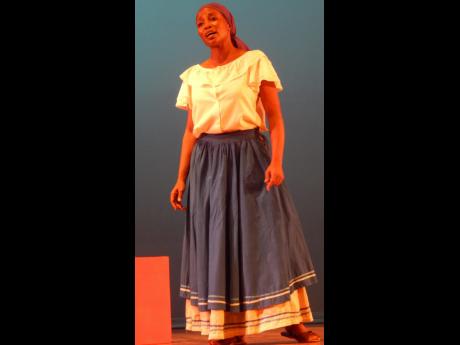 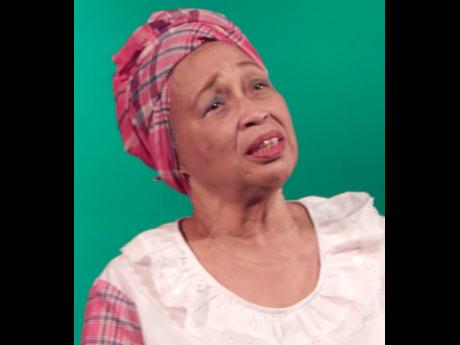 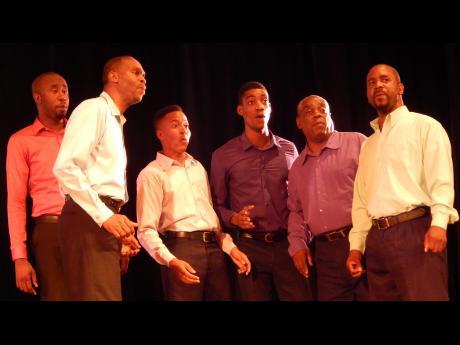 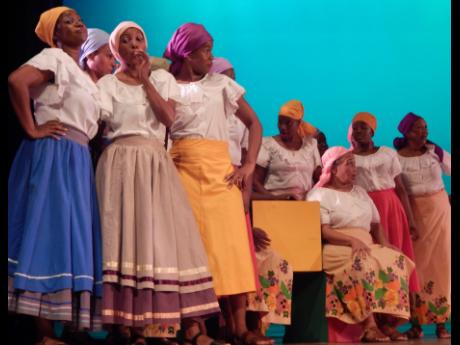 File
The females of the Jamaican Folk Singers in action. 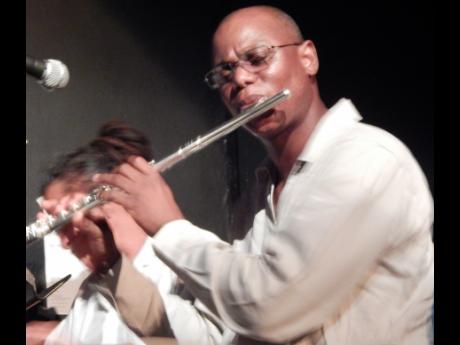 Over the weekend, the 48-year-old Jamaican Folk Singers gave a two-hour overview in song, music and dance of hundreds of years of this island's history. Audiences gathered in The Little Theatre, Tom Redcam Drive, for the group's 2015 concert season and were treated to exquisitely beautiful singing of folk music of the highest quality.

On Sunday evening, certainly, they expressed their appreciation with enthusiastic applause.

Led by Christine MacDonald Nevers (soprano), who, 15 years ago, accepted the musical director's mantle from founder Dr Olive Lewin, the singers performed more than 60 songs and medleys which told historical as well as contemporary tales. According to the souvenir programme prepared for the season, the songs come from a bank of more than 200 researched and arranged by Dr Lewin.

They were grouped under the headings Food, Relationships, Moonshine Dahlin, Lessons in Our Music, As We Believe, Rasta, Revival and Kumina. Lighting, which changed to suit the moods of the different sections and occasions, was designed by Franklyn 'Chappie' St Juste.

The 26-strong singing ensemble was accompanied by a six-man band, which occasionally entertained without the vocalists. Coming from guitars, drums and a flute, the heart-tugging music was worthy of its own show.

While the band played alone, the singers went intermittently to dressing rooms to change from one set of colourful costumes to another. In fact, some costume changes were made during songs, and the changes ensured that the audiences were not only aurally but also visually delighted.

That the group is concerned with not only entertaining but educating people and preserving our folk music was shown by the fact that MacDonald Nevers took to a lectern in the second half of the show to explain the meaning and history of some songs. Some of the information might have been surprising to the audiences.

- To prevent the slaves put to guard treasure from running away, slave masters would sometimes bury the slaves' feet in the earth at the spot. The song Tambo tells of this practice.

- The song Fireman Oh refers to the 'fireman' on the slave plantations who continually stirred the cane juice boiling in the large copper pots, thus preventing the sugar from sticking to the bottom.

- Slaves working in the fields were not allowed to talk, but they could sing, since singing made them work better.

- Songs were used to pass messages, comment on situations and even ridicule 'backra massa' and the slave driver.

- The song Chi Chi Bud Oh was less about birds and more about tracing certain kinds of people. The John Crow was a scavenger; the parrot, a chatterbox; and the blackbird, a robber, for example.

There was a strong sense of time in the first half of the show, with the bright light and some songs - like Mi Cahfi - suggesting the morning hours. The early songs were about food - mango, cocoa and banana - and medicinal plants, like guava root and lignum vitae.

It is noteworthy that the melodies for songs expressing love for food - like Mi Cahfi - and those expressing man-woman love - like One Augus' Mahn - are equally beautiful. The lyrics of both, too, express emotions that are equally deeply felt. There is surely a lesson there.

The setting for the third segment of the first half is night. St Juste's lighting indicates moonlight, and appropriately there are songs about ghosts - Duppy Laugh and Duppy Dance - and about dancing in the moonlight, Banyan Tree.

Religious songs, always important in folk music, started in the first section of Part 2, Lessons in Our Music. They included the poignant Parakeet (about Judas' betrayal of Jesus), the bouncy Daniel God (Surely Will Deliver), Zaccheus (he who climbed the sycamore tree to see Jesus) and Noah.

And, of course, the religious theme continued in the final three segments, which were devoted to Rasta, Revival and Kumina songs. All three belief systems, the printed programme reminded the reader, are present in Dr Lewin's Folk Mass.

Those who missed the excellent, too-brief season can hear the ensemble on the CDs which were on sale at the theatre.