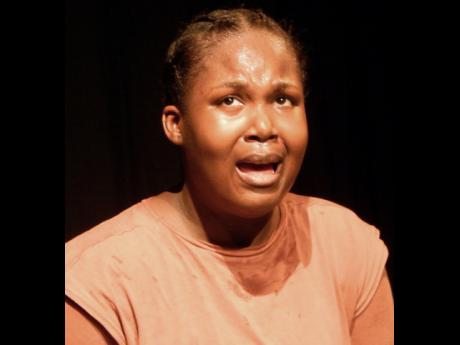 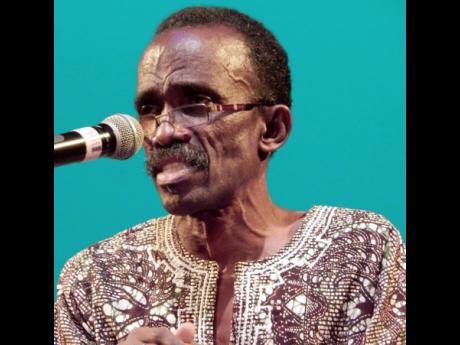 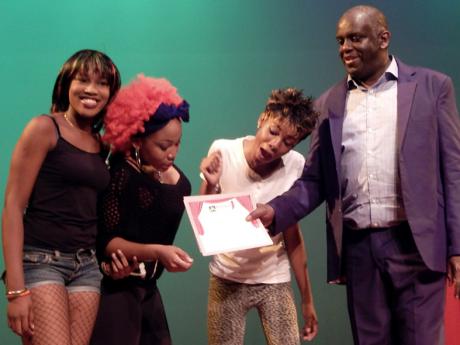 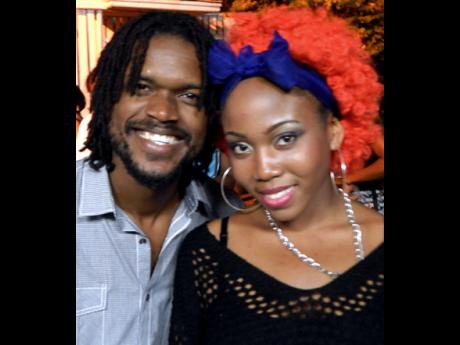 The first was staged at the School of Drama, Edna Manley College of the Visual and Performing Arts, and the others at Little Theatre, across the road from Edna Manley.

On Friday, for her crucial final-year production (a failing grade would mean she couldn't graduate with her degree), drama student Tiara-Kaye Woodbine mounted an unusual one-woman show, playing seven different characters. One of them, 'Diamond', faces opposition from her father when she announces she wants to be an artist. Another, Phillip, is bullied because he seems to be gay.

On Saturday, the last schools remaining in the Shakespeare in Schools Competition (14 others having been eliminated) presented abridged, Jamacanised versions of two plays by the English playwright. The winning school, Campion College, staged a 30-minute Macbeth. Coming second was the combined Kingston College and St Hugh's High School, which jointly mounted The Merchant of Venice, suitably cut.

Many of the students taking part in the productions were new to the stage and some of the Campion College students, one actress told me, were "uptown" residents who initially knew very little about the "downtown" characters they portrayed. Fortunately, compensating for their lack of knowledge was their natural talent for performing and the guidance of their director, Damian Radcliffe.

Campion's first prize for their really fine production includes a trip to the United Kingdom for the play's cast and teachers. During their two-week stay, the cast will perform in an international Shakespeare Festival in London in March and will also visit Birmingham, Manchester and Shakespeare's birthplace, Stratford-upon-Avon.

Similar to Radcliffe, Akeem Mignott (co-director of KC/Hugh's version of The Merchant of Venice) is a graduate of the School of Drama. Both, as Woodbine, were taught by Eugene Williams, the recently retired director of the school. Williams, who was an adjudicator for Woodbine's presentation on Friday, was also chief judge for the Shakespeare in Schools competition.

I was not surprised Williams did not mention his link to any of those former students as he delivered the judges' report at Little Theatre on Saturday, but I suspect he felt a thrill of pride at their good work.

He did say about the seven finalists, who mounted their productions throughout the day on Saturday at the theatre, "all did a very interesting job, in some cases an outstanding job. In some cases, the level of emotional and intellectual improvement [over months of rehearsals] was admirable".

Other aspects of the productions he praised were "the range of interpretations, the level of intelligence that was displayed, the use of space, their interpretations of character, the way they managed to come together collectively and the creation of activity to make the plays come alive visually and aurally".

Selecting the finalists and winner was "a very difficult task", he said, but the judges were unanimous in their choice of the winning school. Williams disclosed that the process, over the months, was "not only challenging to the students and teachers, but also to the mentors, judges and workshop participants".

Williams added that he hoped the project would continue, as it would help in the education of participating students and the "exposition of their talent and intellectual capacities".

Williams' call for the continuation of the competition was an echo of one made earlier by its conceptualiser, Dr Tony Sewell, who is British-born with Jamaican roots and head of the British charity, Generating Genius.

Sewell said the plays seen that day had been "fantastic", there had been no winners or losers and "Shakespeare would have been pleased".

Perhaps. I'm sure he would also have been astonished to see the dancehall style outfits worn by the witches in Macbeth, the use of guns instead of swords by the men and the inner-city locations for much of the action.

In their Jamaicanisation of The Merchant of Venice, the KC/St Hugh's team included a group of Jonkunnu dancers in the cast, made Portia a Miss Jamaica winner and portrayed Shylock as a Rastafarian and the Prince of Arragon as a DJ.

The colourful costumes and novel settings for the productions were certainly captivating and the Jamaican music was exciting. Unfortunately, most of the students were weak in diction. If the Campion cast are to do well in their UK shows, much speech coaching will be needed.

Woodbine's play, Expected, begins in primordial times. The first image we see is a frog-like creature leaving a pool of light and crawling around the stage.

Significantly, the creature also crawls over a set of chairs at stage right in what becomes a classroom. That room is contaminated by ignorance and intolerance, we learn.

The creature develops an ape-like slouch, one that is seen again and again when the actress is showing the audience that the views and attitudes of the modern-day characters she is playing are primitive. Thus Diamond's father slouches when he is inveighing against her becoming an artist; so do the boys bullying Phillip.

At one stage, a frustrated Phillip asks Diamond "what's normal, anyway"? In one of the play's clever lines, he goes on to assert "whatever it is, I don't want to catch it".

In the printed programme for her play, Woodbine states that the work was inspired by the reactions she got when she opted to become a performing artist instead of having a "traditional" career.

She writes: "I became aware of societal expectations and the different ways it affected the youth of Kingston. That discovery led me to the discovery that it was not only career and lifestyle choices which were affected, but also gender and sexuality. I wanted to create a piece which spoke to these two themes and which would implore the audience to practise tolerance of individuals."

The play ends tragically. Phillip kills his tormentor and is sentenced to prison. I asked Woodbine why that ending.

"I wasn't interested in a happy ending, for society does win," she said. "But what about you?" I asked, for if all goes well she will soon graduate.