Eccentric Little Richard the architect of influential rock and roll 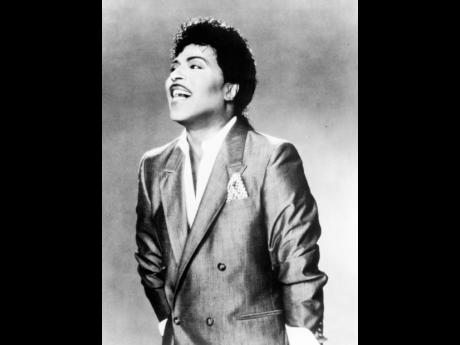 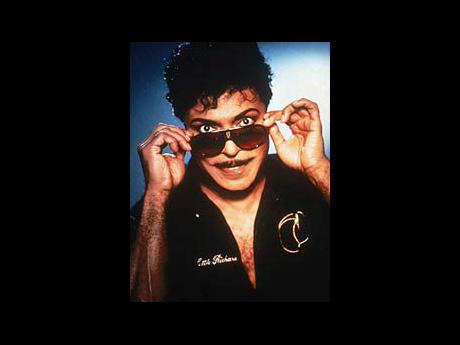 The Rock and roll era was perhaps the most exciting and influential period in the history of popular music. It produced some of the most amazing performances and recordings by people like Jackie Wilson, Elvis Presley, Chuck Berry, Fats Domino, and others that created a musical firestorm right across the globe. Later, disciples like The Beatles, James Brown, Ray Charles, The Rolling Stones, Mick Jagger, Rod Stewart, The Supremes, Martha and the Vandellas, and composer Burt Bacharach leaned heavily on the rock and roll beat for their creations. Homeland Jamaica did not escape the impact of this musical firestorm as many of the early pre-ska Jamaican boogie rhythms were patterned from rock and roll and rhythm and blues (R&B) - the mother of that genre.

A very eccentric character named Little Richard, however, took a different route to success than most of his 1950s rock and roll contemporaries. Calling himself 'The architect of rock and roll', he terrified middle America with his exaggerated dress style and make-up, with mascara-coated eyelashes, sometimes resembling a woman, and his frenetic piano playing, sometimes using both hands and feet. But it was his shrieking falsetto screams and shouts that were most frightening. Yet, his thrilling performances and his excellent rock and roll recordings made him one of the most popular figures of that era.

He left his mark on Paul McCartney, James Brown, and Otis Redding. Redding actually began his prolific career with Richard's band, The Upsetters, and first entered a talent show doing one of Richard's songs - a 1956 piece titled Heeby Geebies. Brown, on the other hand, was inspired to write his Please Please Please after Richard passed some words to him on a napkin during a performance.

It could truly be said that in a sense, Richard embodied current trends in music's gleeful sexuality and spirit of rebellion.

This spirit of rebellion was evident in the youngster from age 13 when he ran away from home, no doubt enraged by the apparent non-acceptance of his parents of his secular inclinations.

Born Richard Wayne Penniman into a black family in Macon, Georgia, USA, in December 1932, he was one of 12 children for his parents, sang gospel with his family group - the Penniman Singers - and was brought up in a devout Seventh-day Adventist religion, which saw an uncle and a grandfather becoming preachers. Penniman entertained lingering thoughts of joining that crew but somehow saw himself vacillating between the family gospel group and the sinful world of rock and roll.

With his enraged father disowning him, Penniman found shelter with some rich white owners of a nightclub, who sent him to school during the day and allowed him on stage at night. Finally quitting school in grade nine, the young Penniman learnt the piano and decided to go big time into the secular world, firstly joining several travelling minstrel troupes, at times dressing like a woman in the chorus line.

It was shortly after winning a radio station talent contest in 1951 that Penniman took unto himself the stage name Little Richard. He was rewarded with an RCA-VICTOR recording contract, which yielded some undistinguished jump blues recordings. In the meantime, he still continued to flirt with gospel music during his teens, recording a pair of obscure singles for Peacock Records as leader of The Tempo Toppers.

After an extensive tour of the south as a solo act with his newly-recruited band, The Upsetters, Richard took the advice of R&B singer Lloyd Price and sent a demo tape of a song he wrote to Specialty Records in 1954. As luck would have it, his Peacock contract was bought out by Specialty and he easily got into studio.

After initially performing a few blues numbers, Richard unleashed a sizzling rock version of the song Tutti-Frutti in September 1955. It sold over three million copies, climbed to No. 2 on the Billboard magazine R&B best-sellers chart, and captured the attention of both black and white American youth.

In the recording, Sue became the first of the many ladies about whom Little Richard sang:

"I got a girl named Sue,

She known just what to to.

She rocks to the east,

She rocks to the west,

But she's the girl that I love best."

His screaming vocals, sexy-dumb lyrics and frenetic piano playing on his debut hit set the style that would characterise his future hits with Specialty, most of which he wrote or co-wrote. He did 36 recordings for Specialty, seven of which achieved gold status: Tutti-Frutti, Long Tall Sally and Rip It Up in 1956; Lucille, Jenny Jenny, and Keep a Knocking in 1957; and Good Golly Miss Molly in 1958.

Sporting some very eccentric dress styles, like a shimmering loose suit, an exaggerated pompadour, thick mascara, and a pencil-thin moustache, Little Richard shocked American bandstand viewers, who became convinced that they were watching the devil himself as he sang about another of his good-time girls named Molly:

When you rockin' and rollin',

You can't hear your mommy call."

Little Richard moved back and forth between secular and religious music throughout the 1960s and 1970s, but in a dramatic turn of events at the end of the decade and at the height of his success, he claimed that in a dream, he had a vision of the apocalypse, which predicted his damnation.

He told the story of an aeroplane flight with engines on fire and promised that if he survived, he would change his ways. Days later, an aeroplane he was scheduled to have flown in, crashed. Interpreting this as a 'sign' from God, he enrolled at the Oakwood College Seminary, where he eventually received a bachelor of arts degree and was ordained a minister in the Seventh-day Adventist Church.

Surprisingly, he reverted to his rock persona in 1964 with Bama Lama Bama Loo, and by 1986, hit the pop airwaves with Great Gosh Almighty but again experienced a new wave of religious vigour following a hospital visit by born-again Christian Bob Dylan.