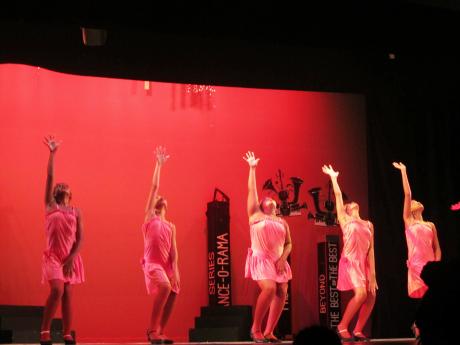 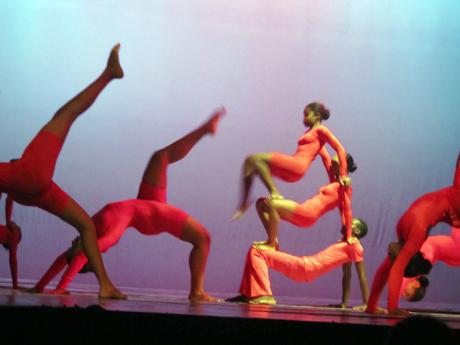 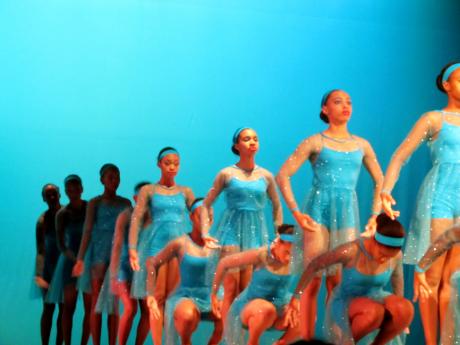 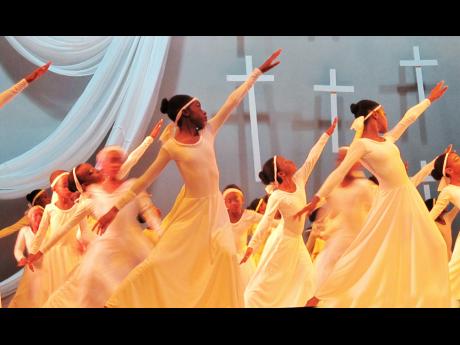 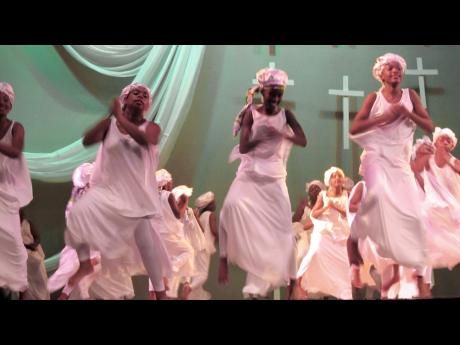 Marcia Rowe
‘Shut Not The Doors’ choreographed by Barbara McDaniel. 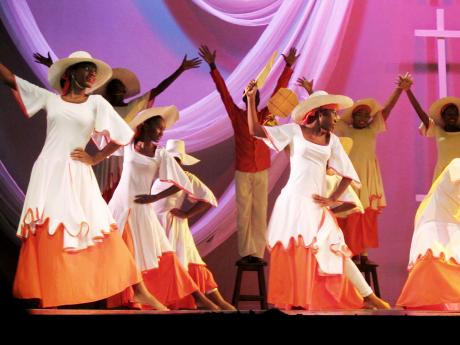 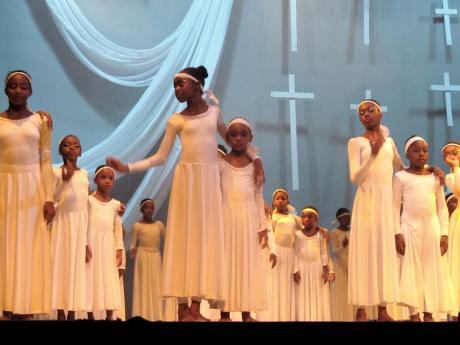 At its 25th season of dance, held at the Little Theatre over the weekend, Wolmer's Dance Troupe showed a level of maturity with some colourful costumes, beautiful choreography, and well-executed dances.

And for Coleen Montague, principal of Wolmer's High School for Girls, it was "an evening of excellence".

The concert showcases "what really encompasses us, the spirituality, the core values of discipline, hard work; and it is just there in the performances from the prep school coming straight into the high school. It is just wonderful to see young people committed to anything called excellence. So that's why we are thrilled about it." she said.

For three of the high-school dancers - Brittany Bryan, Kimberly Stewart, and Taija Stephens - performing on the annual showpiece concert has helped to build their confidence. Fourth-form student Stephens, has been dancing with the troupe for eight years, since prep school, and explained that dancing has helped her to express her feelings more. And Stewart, who is performing in her second season, said she became a member of the troupe because of its high standard, popularity and it was always a dream of hers.

Though seemingly exhausted, and overwhelmed, artistic director Barbara McDaniel simply stated that "It is the children" that had kept her and the troupe going for 25 years. She praised their level of commitment, saying it was good. Commitment is paramount to the success of any show, and so if they do not come to rehearsal they are taken out of the dance. "Dance is about discipline," she added.

Another reason for the successful display of excellence seen in Rites of Passage (the show's title) was early planning. "Because it is our 25th anniversary, we started planning early." This included different activities such as a fish fry in April and a gospel show in May. The troupe also had to take a number of breaks and this made it very hard for rehearsal McDaniel said.

The result of commitment, hard work and early planning, by a cast of 102 dancers, was witnessed by an almost full house. They saw 2015 dances along with several remounts from previous seasons. As expected, most of the dances were choreographed by McDaniel, with other works strategically placed on the programme from guest choreographers Onaje, Amanyea Stines, Nicholas McPherson, David Blake, Jair Jones and Stephanie Smith.

With the programme boasting so many dances of excellent quality, it is hard to single out the best of the two-part programme. But McDaniel's gospel collections, especially Folk Glory (1991), Mary's Mary (2015) and Shut not the Door (2004), along with Rhythm Within (1999 & 2005) and her reggae onslaught called Run the Track, definitely are at the top of the list.

Using props and set, strongly supported by some fabulously designed costumes; the veteran choreographer had her young dancers grouped into Tiny Tots, Intermediates, Juniors and Seniors, giving energetic performances in traditional and contemporary movements. Her coverage of all areas of the stage was outstanding, likewise the constant shifting in formations and use of levels.

It was Smith's 2012 The Year 3000, however, that got the loudest and most sustainable response from the pleasantly not so vocal audience. All attired in red, the dance projects a morbid future, with some nicely controlled mechanical movements. The group of seniors were clinical in their execution. The use of various levels and great exploration of space also contributed to the high quality of the dance.

The only downside to the otherwise fantastic show came in the opening and closing dances. The costumes worn in the title dance, Rites of Passage, were too busy for the eyes. While the concept of 25 Strong (2015) was clear, and the silver coloured dresses were symbolic, its lengthy opening caused some weariness, but it allowed for a nice segue to the second dance, on the programme, Celebrating a New Beginning (2015).

All in all, it was a wonderful show. Rites of Passage opened on Friday and closed on Sunday.