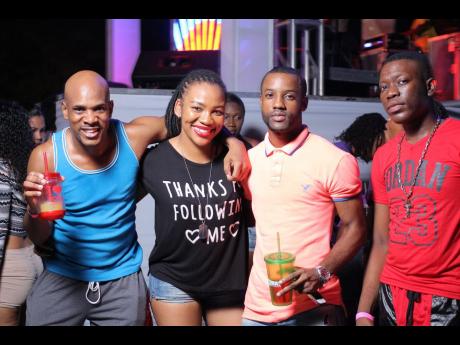 Carpe Diem
These ‘friends took time out to pose for a picture at the recently held I Love Soca cooler fête at the waterfront, downtown, Kingston, on September 26. 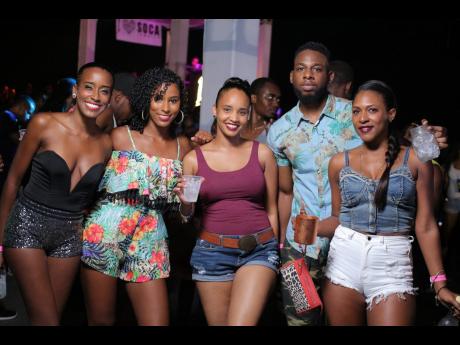 Contributed
It was all smiles among this group of partygoers at last Saturday’s I Love Soca party. 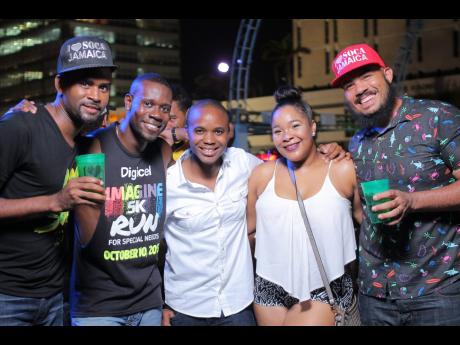 Carpe Diem
Two of the promoters of I Love Soca, Ian Bourne (left) and Andrew Bellamy (right) flank patrons, including Kamal Powell, senior sponsorship and development manager at Digicel (centre), at the recent staging of the event. 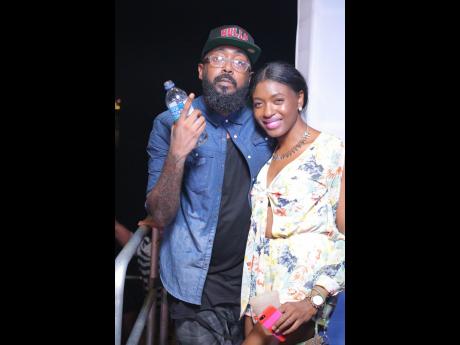 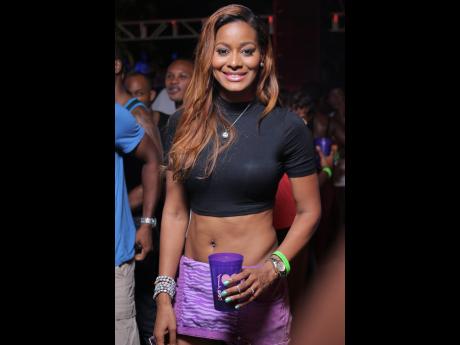 I Love Soca, was a 'soca-tastic' success. The popular cooler fete satisfied the bacchanal desires of those who were in need of a soca fix, to ease the long wait for Jamaica's carnival season.

The beautiful waterfront, downtown, Kingston, was the site of the festivities last Saturday. The long queues of cars lining Ocean Boulevard and roads leading off were early signs that the event was going to be big; and oh boy was it ever.

Getting into the venue was a breeze as the lines were run smoothly by a team of coordinated staff who were courteous and helpful.

The decor was modest but that was alright, as it left plenty of space for dozens of coolers and ice boxes brought into the venue by the thousands in attendance. The libations were flowing, the waistlines were wining and smiles and sweat were in

abundance. The halo around the moon above and the light breeze from the harbour, added a mystical energy to the festivities.

Aside from minor technical glitches, the music was on point. The night's musical masters were Jamaica's DJ Richie Ras, DJ Smoke and DJ Lantern, while representing for the land of the steel pan, Trinidad, were selectors Miles and DJ J Lava from the famed Dei Musicale. The musical offerings were a nice blend of classic and current soca with splashes of dancehall, hip hop and pop. The 2015 hit songs found favour with the ever-gyrating crowd with the biggest crowd responses coming for Machel Montano's mega songs Like Ah Boss and Party Done, which features American-Trinidadian artiste, Angela Hunte.

Patrons were treated to a special performance by Trinidadian soca artiste Sekon Sta. Though short in stature, the 2015 Trinidad Soca Monarch Breakout Artiste, who continues to make strides in the soca industry, gave an energy-filled performance.

The drinks and fun continued as patrons enjoyed more of the night. The party's promoters have promised even more fun and excitement at the next staging of the popular soca event on Boxing Day, December 26.