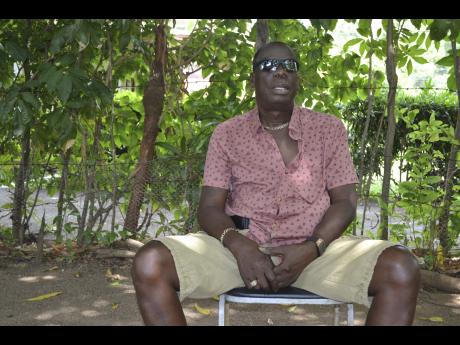 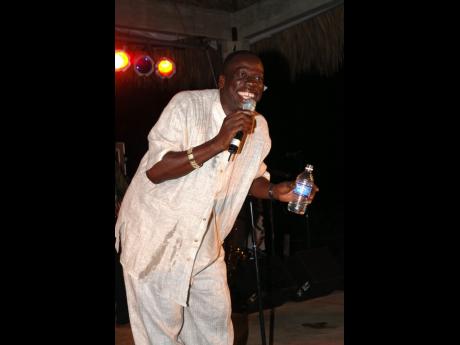 He describes himself as a living legend, having been one of the pioneers of reggae music.

In 2002, he was awarded the nation's Order of Distinction, and now, more than a decade later, Leroy Sibbles is still racking up accolades - the most recent honour coming from the Toronto Reggae Hall of Fame for his extraordinary contribution to the genre in Toronto.

With decades of experience under his belt and an extensive catalogue, Sibbles now spends most of his days touring, as he believes it is hard to compete with the recording aspect in the industry.

"For one thing, we (veteran artistes) can forget recording right now. We haffi just live off what we did. We are not getting the support that the young people are getting, and that's life. You have to give way for new people. It doesn't make sense putting out a record or making an album. It ain't gonna go anywhere because the reality is, most of our fans are dead or dying. It's the kids running things now," he told The Sunday Gleaner.

He went on to say that record labels are interested in longevity, so younger artistes should ensure that they release music that can last. Prodded as to whether he would release an album now, Sibbles had this to say:

"I would put one out, but I wouldn't put it out with certain expectations. In music, anything can happen; it's unpredictable. Nowadays, the order of the day is pay to play (payola), and I no nuh stay dem way deh. Right now, I am recording and doing what I feel; I'm floating. The younger artistes are jogging an running and I'm just floating," he said.

While many believe the industry is on a downward spiral, Sibbles holds a different view. In fact, he believes that music has vastly improved over the years, in terms of lyrical content.

"The music is good. People are eating from it. The young artistes are more intelligent in terms of lyrics. I am coming from the mento era, which was like four lines in a song, but now, these artistes will kill you with lyrics."

Speaking on his experience, Sibbles noted that dabbling in different aspects of the music, such as writing, arranging, harmonising, etc., has propelled his career over the years.

"My contribution and my works that I have done, there is no single individual in Jamaica as a singer or musician who can make certain claims like I can. I have contributed to 60 per cent of Studio One's hit songs," Sibbles said.

Sibbles agreed that while the Government of Jamaica can do more to help artistes, foreigners are often the ones who show the most appreciation.

"Abroad, we are seen as bigger artistes. People don't know you; they don't see you often, so they are more welcoming, and they treat you with more respect. In Jamaica, we take our heritage and artistes for granted. You are definitely shown more appreciation abroad. Most of the awards should be coming from your own country, which, unfortunately, is not so," he said.

He also shared his advice for artistes who wish to succeed in the industry.

"Be sure this is what you want to do. Some people want do it because dem red eye ... . Get an education first, or strengthen your education while doing music, and if artistes want to succeed, they need to have hit songs and go on the road. The road is where you make the money."