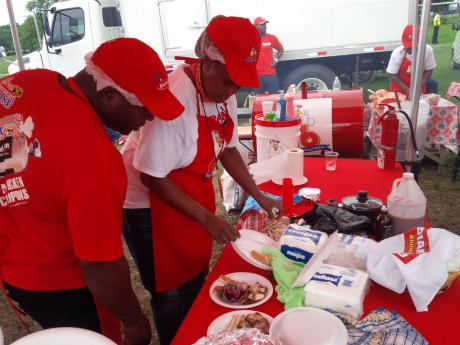 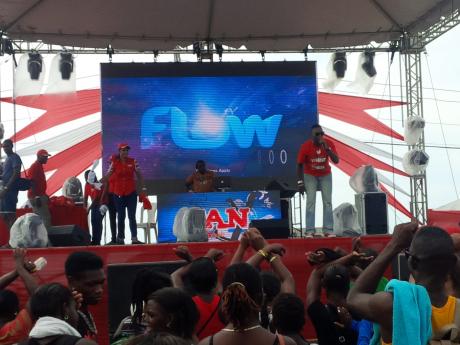 The smoke of tender and juicy jerk chicken permeate Dump Up Beach in Montego Bay, St. James, recently, at the Regional 2 faceoff of the 2015 CB PAN X competition.

The elimination’s 34 entrants had their jerk pan and station well stack and ready to coveted top spots. They prepared some of the best jerk chicken this side of the island for judges as well as the scores of Montegonians and their neighbours who came in full support of the day.

In the end, however, only 12 participants walked away with the top spots where winner and runner-up for each parish received $40,000 and $20,000 respectively. Prizes and gift basket were also awarded from CB Foods and sponsors. They included Suzette Virgo (winner) and Naomi Virgo (runner-up) from St. James; St. Ann’s Damion Bailey Marva Wright; Durbin Stephens and Dwayne Reid of Westmoreland; Trelawny’s Jermaine Hayes and Cheddian McKenzie; Daisy Crooks and Cordel Gordon from Hanover; and St. Elizabeth’s Brett Sinclair and Clifton Wright.

All 12 will compete alongside the Regional 1 winners and runner-ups in the grand final set for November 1 in downtown, Kingston.
Included among the contest was the Grace Tomato Ketchup 'Ketch di Taste' Sauce Competition, that saw Stephens copping first place followed by Crooks and Sinclair in second and third respectively.

Amid the competition was a day jam-packed with fun and excitement.
The crowd was slow in coming out, but by late evening, the venue was chockfull with people enjoying not only the food but the ample entertainment and activities which took place.

Throughout the day, the children enjoyed the many rides and attractions from the Monster Milk Kids Village coupled with clowns, face-painting, stilt walkers and even a transformer.

The entertaining and comedic talent, Dufton Shepherd, provided much laughter as emcee for the better half of the afternoon, followed by the dynamic duo, Ity and Fancy Cat.

In the night, a gospel segment trailed by an energetic performance by Chi Ching Ching and Beenie Man, bringing down the curtains on a day well spent.