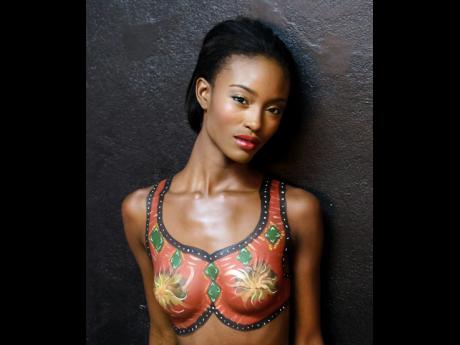 Alicia Burke, winner of Pulse's Search For The Million Dollar Girl TV Reality Show held earlier this year, will return to Jamaica for the live finals of the 2015 event, which culminates on November 1. Close to 200 new faces will compete for Male Face, Petite and Full Figure titles. The top 10 contestants in the Fashion Model segment will go on to compete in the TV reality show.

A Pulse international model, Burke comes back home to Jamaica from the United Kingdom, where she is now represented by Models 1, arguably London's top model agency. Alicia was signed by Models 1, the first agency that met her in London, and is in demand by several Paris and New York agencies. Her signing was effected on a recent Pulse visit to London and Paris headed by the company's chairman, Kingsley Cooper.

Burke will be a key part of a six-pronged Pulse attack on the European market, featuring its young new stars. This is separate from the new global campaigns and editorials being done by Pulse's established supermodels Jeneil Williams, Oraine Barrett, and Nell Robinson.

Last month, Barrett inked a new deal with Ralph Lauren for his high-performance, high-tech suit. Williams, still riding high from her groundbreaking L'Oreal cosmetics campaign launched at the start of the year, has reaped new campaign successes for Nike and others.

Williams' L'Oreal Paris' Infallible is a cosmetics campaign currently being aired around the world. Robinson is featured in multiple pages of July's British Glamour.

Pulse's 2015 campaign also includes Francine James, Alysia Francis, Davina Bennett, Sashauna Robinson, and Asoya Smith, all of whom are now signed to London agencies. Some are also signed to agencies in Paris and Milan.

A native of Bullet Tree District in Old Harbour, St Catherine, Burke says her grandmother's influence has been the most important factor in her young life. She lists Pulse's multiple Vogue covergirl Jeneil Williams as her favourite Pulse model. Williams was a special participant in the eight-week model search TV show, which Alicia won.