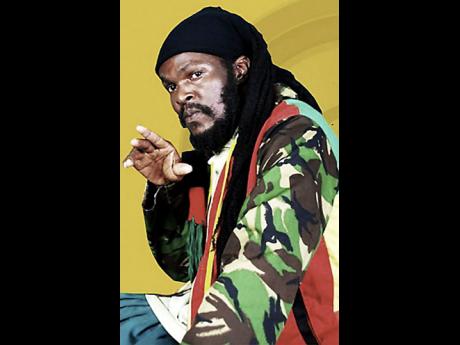 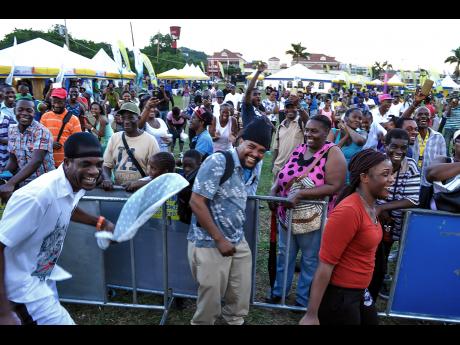 Contributed
Contributed A section of the crowd at Dump Up Beach in Montego Bay, St James, last Saturday for the Jamaica National Building Societys Loan-A-Palooza. 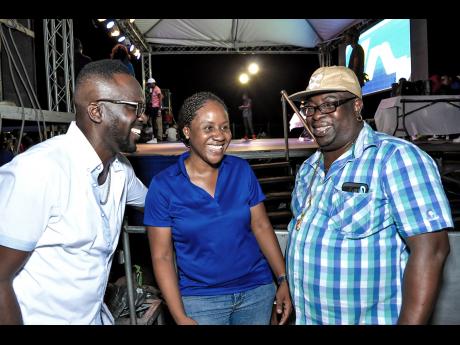 Contributed
Contributed It was hard for Carlene Edwards (centre), manager for Promotion and Events at Jamaica National, to maintain a serious face around the comedic duo Ity (left) and Fancy Cat.
1
2
3

The Informative History Man has been touring Europe for the last five years and is also popular in a number of South American countries, where he has also toured. Brazil, Colombia, Chile, and Argentina have embraced his music, and he has also toured the United States of America, Mexico, and Canada.

Along the way, he has collaborated with Hillary of Italy; Sauti of Japan; Junior C of Argentina; Tesi Luter of the USA; Ras Niemjah of Abidjah, Africa; Don Goliath of Germany; Ras Ruben Kwabena of Canada; Jessie Proverbs of Australia; rapper Fernandez of Colombia; Red Lion of Spain; Carisa of Canada; Crazion of Mexico; sister Carlo of Paris, France; Laina of France; and Ras Towelldeh of Italy.

His latest tour saw him leaving for France on July 1, where he did a number of shows and completed a dub album of his music for French producer Zongo of Zongo sound system.

While in Portugal, he released two new singles for the Mendis reggae family. He did shows in France, Portugal, Italy, and Israel.

Returning to Jamaica on September 23 to pick up his musicians, History Man left the following day for Colombia, where he was a special guest of Carlos Caicedo, mayor of Santa Ana, for an international drum festival. The annual festival presents acts from all over South America, Cuba, Africa, and parts of Europe.

They were joined on stage by CK, Vershon, and Tifa.

It was a fitting finale for persons who turned out to take advantage of the Loan-A-Palooza's financial products and services, including on-the-spot approvals for personal and business loans as well as the opening of savings accounts.

"I learned a lot and took the opportunity to apply for a small business loan," said one small-business operator, who welcomed the entertainment package.

Billed as a family event, parents welcomed the occasion to explore their financial options, while their children were kept busy enjoying rides at the specially erected Kiddies Village and dining in the food court.

"We wanted this event to bring out persons who would not normally come into a branch given their weekday work obligations," said Donna Mesquita, JN senior manager, marketing and brand management. "And this event provided an appealing context for many."

The next stop for the JN Loan-A-Palooza team will be at Devon House, St Andrew, on Saturday, November 14.