Byron Lee to be honoured in New York 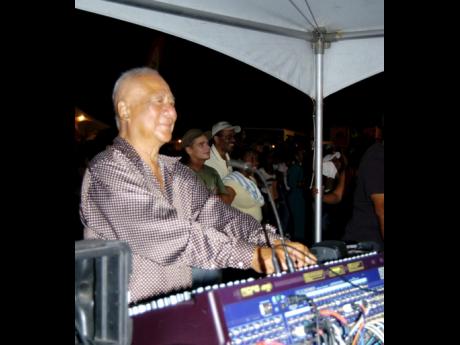 The name Byron Lee and the Dragonaires is synonymous with great Jamaican music. It is a name that has been firmly established in the annals of history, the music industry and imprinted in the minds of many people all across the world.

Byron Lee's work and contribution has been immense and has been celebrated on numerous occasions. As such, he has received many accolades, acknowledging his work and impact.

On October 16, he will be honoured at the first New York Hakka Conference, to be held at the Museum of Chinese in America (MOCA). Lee is the first recipient of an award from this chapter, which speaks to the overarching impression and legacy that he has left behind.

He was previously awarded in Toronto in 2008 by another chapter of the organisation. Lee was the first Chinese with West Indian roots to have made significant headway into the US and the music industry. A feature presentation will be done by MOCA and VP Records and shown at the event in New York.

Lee's daughter, Julianne Lee, will accept the award on his behalf.

"This is a huge achievement and honour, I am elated that my dad was chosen for this award. It clearly demonstrates how impacting his work was on Jamaica and the Caribbean. To be recognised is amazing and I want to thank the chapter for acknowledging him," Lee said.

Starting a mento and calypso group in high school, Byron Lee grew this into a big dance band, the Dragonaires, which held sway over four decades in Jamaica and the wider Caribbean, as well as in the diaspora cities of London, Miami, New York and Toronto. From ska to rocksteady to reggae and soca, mambo and cha-cha-cha, Lee reproduced the international signature music of the Caribbean.

In 1956, the band started playing popular North American covers, which were in demand at that time, as well as local Jamaican music, mento.

He gradually progressed into ska, which catapulted his demand regionally and internationally, then through the evolution of a sound system went on to rocksteady, reggae simultaneously with calypso and then on to soca in the early 1990s.

Byron Lee and the Dragonaires was the very first Jamaican group to be signed and released on an international label - Columbia Records. In 1964, Lee brought ska to the infamous Worlds Fair, with the help of Edward Seaga, Prime Minister Donald Sangster and New York Mayor John Lindsay.

He returned again to perform for another milestone event for Jamaica in 1966, playing on 6th Avenue on the Avenue Of Americas, when Jamaica's flag was first included and installed.

Lee died in November 2008, but his music still resonates with the world.