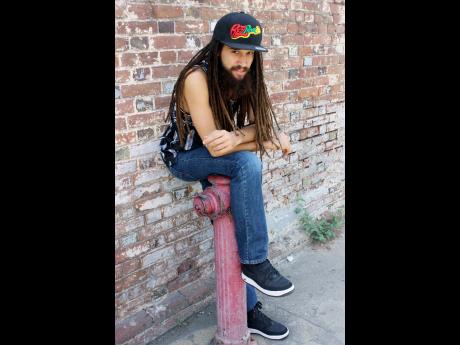 Reggae artiste Keznamdi has had a breakout year and is closing it out on a high. His new single, Champion, was released on October 9 and is currently the #1 selling record, sitting atop the iTunes Reggae singles chart.

The single premiered last Thursday on TheFader.com and has saturated local airwaves and is being added to playlists by radio stations and online content providers throughout the Caribbean, US and the rest of the world.

"I have to just give thanks for the forward movements and love at this present time," says Keznamdi. "I have a great team, and we are putting in the work to keep things going up. The response from music lovers everywhere has been overwhelming, and to enter on to the Billboard chart and have the #1 selling record on iTunes Reggae singles chart in one week is very humbling for me as a new artiste."

Champion has also been drafted by video-game giants EA Sports (FIFA 16, NBA 2k16 etc.) for their popular Madden Music Mondays playlist on online music streaming service Spotify. A video for the single, which was co-produced by Keznamdi and Sobe Entertainment and written by Justin Beiber's writing partner, Poo Bear, will be released within a few weeks.

As well as steadily staking a claim in the reggae market, Keznamdi is also enjoying mainstream success on the coveted Billboard charts through his collaboration with Grammy-nominated, Sony/Columbia Records artiste Zhu on the track As Crazy As It Is.

Keznamdi will be making several appearances across Jamaica and the US for the promotion of his latest single, and then will head back in studio for the preparation of an EP/album expected out in mid 2016.