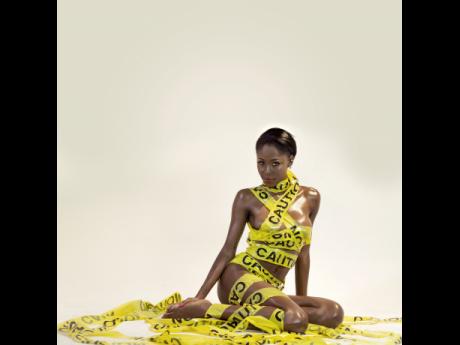 With a brand new sound and uniquely styled message, Racquel Jones is looking forward to breaking down barriers with her new single, Regret It. The song, produced by Rayon 'Professor' Smith and is being distributed by VPAL Music, a subsidiary of VP Records, is about a woman's unforgiving reaction to a cheating boyfriend.

Jones, a graduate of the Edna Manley College of the Visual and Performing Arts, is also a professional model, actress and was first-runner up in the Miss Universe Jamaica 2012 beauty pageant.

Her dream in life is to fuse all her talents under the umbrella of music, to ensure that whatever she produces, amazes her audience. "It will be 100 per cent art and comes from my heart," said the ambitious beauty, whose debut single highlights her desire to be different.

Regret It has a unique sound that the entertainer, who describes herself as a lyricist, believes will set her apart from others within the industry. "It's a fusion of poetry influenced by hip hop, dancehall and reggae - an eclectic sound," she said. "I wanted to record music so people can live vicariously through me. I wanted to say things that people can relate to."

The distribution deal with VPAL will, for now, only involve Regret It, but Jones is thankful to her manager, Andre Barnes, for making it possible. "VP is a big deal, so it's a great accomplishment for them to distribute the single. I am very lucky to have a manager who is as professional as he is. He works overtime," she said.

VPAL representative Adrian Wilson said the song falls in line with the other quality music that they distribute and the principals were impressed by the single. "The producers and managers were really excited about distributing the song," he said. "We had a listening session that we had to do and after, I was impressed. The topic is fresh. It's never been used and the structure of the song is unique, which demonstrates her versatility, and it follows the kind of music we distribute. So it was inevitable that we took this project on," said Wilson, who is the labour relations representative for VPAL. He revealed that the single will be available on iTunes, Spotify and other media for sale at the end of October.

Meanwhile, Jones and her team have big plans to push the single towards success and that includes making a music video and adopting a very aggressive marketing strategy. There was a photo shoot done that features the model wrapped in nothing but yellow 'police' tape; and there is more to come. "We are going to go 'ham'. I've spoken with my team, Tower Music Media Group, which involves my manager, my producer, a video director and art director, about what direction to go in," she said. "We have already done a photo shoot. We wanted to fuse all my passions under one umbrella. Anything that we are putting out as visual for the single has to be art."