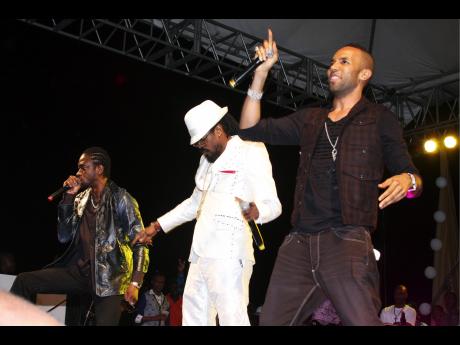 File
From left: Bounty Killer, Beenie Man and Cham sharing the stage to the delight of patrons at a past GT Christmas Extravaganza show. 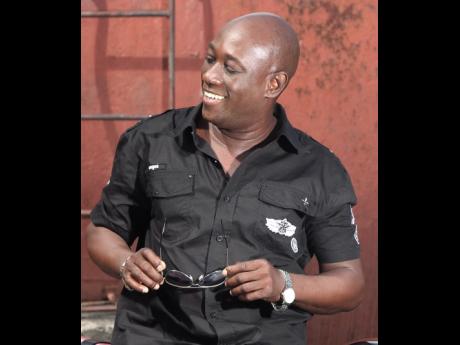 As he plans the 15th staging of the Extravaganza branded with his name, sound system operator and media personality 'G.T.' Taylor intends to stage what he calls a 360-degree event. With this in place, there would be a continuous flow of live and recorded entertainment at Independence Park, Black River, St Elizabeth, on Christmas night.

"This year, I am going with a new twist," Taylor told The Sunday Gleaner. "I am going for 360 degrees in reggae and dancehall presentation.

It is a combination of three types of live events, the stage show, the party and spot performances by popular artistes on the sound system. "Remember, originally, in the early days, it was the sound system and the dance, the music played in the dancehall? What we are doing now is bringing back the sound system within the show - like if the sound system has a vibe going and an artiste just goes into that vibe," Taylor said.

The sound systems will be playing from the big stage, where the band is set up for the artistes who will be supported by the musicians.

With the three elements in place - sound system with live performers, artistes performing with the band and the sound systems playing party style - Taylor is anticipating an uninterrupted flow of entertainment.

"So it is no more coming and you are going to stand at a show, stand and watching. It is a party going on, and at a certain point, you don't know which artiste is going to come up in there. Like the sound is playing the Happy Hour riddim, any artiste that is there who is big on that riddim. You are just going to see that artiste performing right away," GT Taylor said.

As he plans it, "The crowd is in a frenzy, there is no break to say (and he slips into the MCs announcer tone) 'I am going to bring on ding ding ding'. No. Right in there. And the crowd is going to see that artiste performing with that sound. Then we are going to have the band, artistes that are in concert."

"It is really coordinated, on a different level, to give a different aspect, a different vibe in the show. We have to change show, because the youth now want something different. Me and you going to the shows, we will stand up the whole night and we will watch. The youth now want party, so you have to put that in there. One of the best ways to do it is to bring it right back around. Because they say how it was in the beginning, it will also be in the end, you know," Taylor said.

"So sound system play an integral part. It play then. It is still playing it now. So a party within the concert."