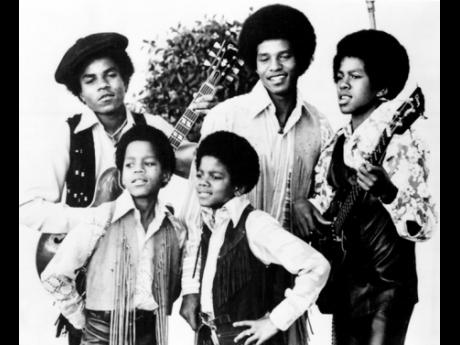 With so much talk about Studio 1 being a Jamaican version of Motown Records, and a recent Music Diaries article that supported that theory, it may be opportune at this time to look at some of the achievements of the latter organisation and at any similarities that may exist between them.

No one can deny the enormous contribution that Motown Recording Corporation made to international music during the 1960s, and the lasting impact it had on many cultures, extending as far as homeland Jamaica.

The dominance and achievements of The Motown Sound (sometimes called The Sound of Young America) becomes even more deserving in light of the strong competition it received from other existing and emerging genres of the early to mid-1960s.

The Beatles were on a high. At one time in 1964, they occupied all five places at the top of the pop charts, while acts like Solomon Burke and Percy Sledge were pushing soul music to the forefront of popular music. Yet the Motown Sound, described by some as a fusion of soul and R&B music, was able to excel.

Beginning in that same year, and for some time in the next, Motown responded with their flagship act - The Supremes - a female vocal trio of Florence Ballard, Mary Wilson, and Diana Ross, placing five consecutive singles (namely, Where did our love Go, Baby Love, Come see about Me, Stop in the name of Love, and Back in my arms Again) in the No. 1 position on the pop charts. They had in all 10 No.1 pop hits and five others that reached the top 10 charts for Motown Records.

The Supremes went further to create history for Motown when they became the third-largest-selling artistes in recording history behind The Beatles and Elvis Presley.

Like at Jamaica's Studio 1 of the 1960s, groups were the order of the day at Motown Records. It was a chance meeting with an aspiring, young singing group - The Miracles - at a Detroit talent show that led to Motown Records becoming the most successful black-owned American business ever. Berry Gordy, the Motown boss-to-be, was in the right place at the right time to recognise the talent of the group and decided to record them. Gordy had previously had success as a songwriter with Jackie Wilson's Reet Petite, To be Loved, and Lonely Teardrops in 1957 and so was not in unfamiliar

A man with an extraordinary ability to recognise talent, Gordy also saw in the leader of the group - William 'Smokey' Robinson - a fledgling songwriter and groomed him accordingly. Robinson went on to write and produce many of the early Motown recordings.

Anchored by a US$800 dollar family loan and returns from the moderately successful recording Reet Petite, Gordy, after dropping out of high school, decided to start his own record label in 1959. Calling it 'Tamla', he released Mary Johnson's Come to Me that same year and followed up with You got what it Takes, which became Gordy's first production to break into the pop top 10.

The following year, Barrett Strong's Money became the company's first national hit, setting Gordy on the road to success. Tamla was soon absorbed into Gordy's second record label - Motown or Motortown - which he created to identify his company with the rich legacy of Detroit, noted for its motor car manufacturing industry.

By 1960, The Motown Recording Corporation was established, and the floodgates were opened.

The earliest in the line was Mary Wells, who recorded a long string of pop hits during her tenure, becoming the first real star for the label. Her recording of Once upon a Time, in duet with Marvin Gaye, who also joined the label that same year, was particularly absorbing as they sang in unison:

I was lonely, so lonely, once upon a time.

Hoping every day things would go my way.

Then you came into my life, now everything is fine."

Although The Supremes and The Temptations were among the earliest signatories in 1961, they both didn't come to real prominence until 1964. The Temptations did so with The way you do the things you Do. The following year, David Ruffin's lead vocals took the group in a soulful direction and rightfully defined the Motown Sound in the recording My Girl. The popular opening stanza ran:

"I've got sunshine on a cloudy day.

When its cold outside, I've got the month of may.

what can make me feel this way.

The girl quartet group The Marvelettes, however, beat everyone to the No. 1 position on the pop charts for the Motown stables when they did so with Please Mr Postman in August of 1961. It was their first recording. That same year, The Miracles became the first Motown stars to sell a million copies. Martha Reeves and the Vandellas had a successful entry when Mary Wells missed a session and they filled in.

Also in 1963, Berry Gordy met some seasoned campaigners named The Four Aims, who, after changing their name to The Four Tops, blazed a trail of hits at Motown that many found difficult to follow.

Gordy had thus established the foundations for the success of Motown Records with such talented performers and was ably complemented by songwriters-producers Eddie and Brian Holland, Lamont Dozier, Mickey Stevenson, Smokey Robinson, and talented house band The Funk Brothers.

Later, saxophonist Junior Walker with his All Stars, Gladys Knight, Lionel Richie, The Commodores, and The Jackson Five kept the Motown legacy alive.