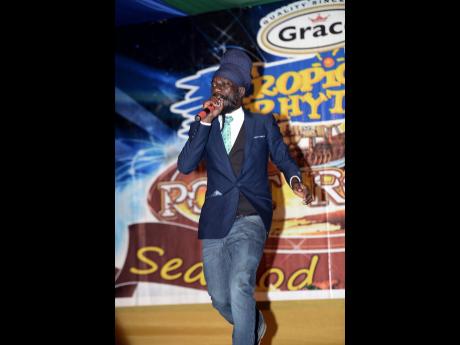 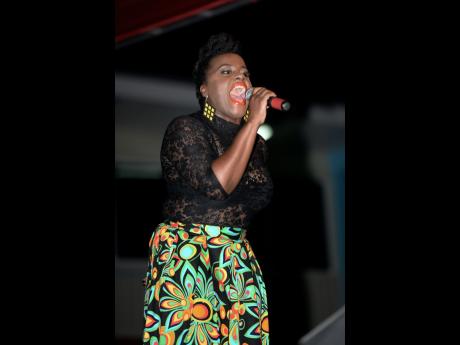 Food, fun, frolic, and great entertainment was the order of the day at the annual Port Royal Seafood Festival.

As is customary, patrons gathered at the football field to partake in the wide array of mouth-watering seafood dishes and enjoy the entertainment package.

Known for its high-energy vibe, this year was no different. The gospel segment was first, where Rondell Positive delivered a praise-filled performance. Before him, gospel artiste Lubert Levy also delivered an amazing performance.

Professor Nuts was up next, and had patrons laughing non-stop throughout his set.

His set comprised of hits such as Tan So Back, Bad Boy Jimmy, Inna Di Bus and Big John. The lyrics were met whether cheers, whistles and endless 'forwards.'

He made way for the 'bun up' artiste, Demarco, who ignited the audience once again. The venue erupted to songs such as Good Book and Fallen Soldiers.

By then, the females in the audience had drawn closer to the front of the stage, anxiously awaiting the dancing songs. They were not disappointed. Even event organiser Jennifer 'Jenny Jenny' Small joined in the fun, running to the stage to demonstrate that she did not have a 'Lazy Body'.

He then called his protÈgÈ, Raytid, to the stage, who also received a great response for his song, Blah Daff.

'The Strong One' Etana was next and had fans singing along to Free, Roots, I am Not Afraid, and Wrong Address. Speaking to the lovers in the crowd, she dedicated Blessing and Warrior Love to the audience.

"This is Heroes' Day, and me never hear dem talk bout nanny nuff. Big up all mothers, grandmothers and women who are doing good for themselves. Big up all strong, black Jamaican women," Etana stated before launching into Jamaican Woman and People Talk.

She also touched on the topic of the prison deal, and urged the Government to instead build schools for the youths.

After leaving the stage, the audience were left begging for more. She willing obliged, ending her set with the an acapella of the song Overcome.

The man from Judgement Yard was next, and he delivered a scorching, high-energy, superb set.

Running through hits from his extensive catalog, including Good Ways, Rise To The Occasion, and Words of Divine.

The animated artiste danced his way through songs such as Ain't Gonna See Us Fall, Show Us The Way, and Holding Firm.

He also showed his versatility; he switched to songs such as Thank You Mama and Just One Of Those Days.

Throughout his performance, he highlighted the value of having a good education, urging students to stay in school.

"School over Prison," he stated to an agreeable audience.

He ended his set with songs such as Dry Cry and Woman I Need You.

Earlier in the day, Mayor Angela Brown-Burke walked away as the winner of the Jack Mackerel Celebrity Cook Off.

According to organiser Jenny Jenny, the show was a success,"

"Daytime energy was very rich, and it's fantastic that we've had this clean, entertaining, family vibe going on. More work and promotion went into this. She has already mentally began preparing for next year's staging, telling The Gleaner that she already knows the artistes she wants to perform.

"Dexta Daps and Kevin ownswell must make it here, to that wonderful place where history is rich," said Jenny Jenny.