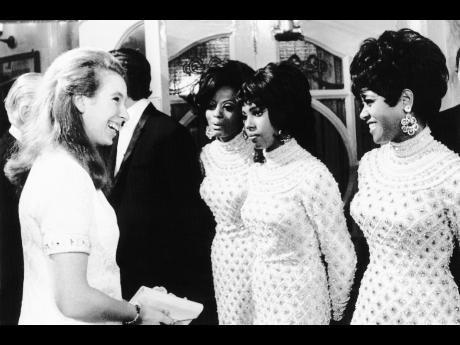 AP
Princess Anne of Great Britain, left, talks to the American singing group, the Supremes, after their Royal variety performance at the London Palladium the at night on Nov. 18, 1968 in England. From left, the Supremes are: Diana Ross, Florence Ballard and Mary Wilson 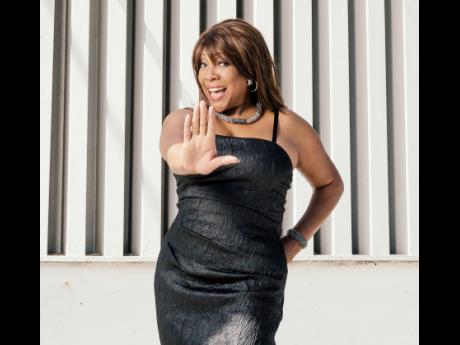 While Jamaica experienced a dearth of girl groups in popular music during the 1960s, there was a remarkable proliferation of that sort, particularly in the United States and United Kingdom, with no less than 750 girl groups being able to chart a song between 1960 and 1966. They became a major force and somewhat of a phenomenon in popular music across those countries and beyond.

In a male-dominated field that saw The Impressions, The Drifters, The Temptations and The Four Tops leading the charge in the 1960s, the competition for musical gender-group supremacy became very intense during that period, with The Shirelles, The Supremes, Martha and The Vandellas, The Marvelletes, Patti Labelle and The Bluebelles, and The Ikettes numbered among the more popular girl groups of the 1960s. It was a period of intense excitement and musical drama that saw under-20-year-old girls' vocal talents being given unlimited musical exposure.

All-girl singing groups in popular music came to public attention from as early as 1923, when The Hamilton Sisters and Fordyce, an American trio, recorded and appeared on British Broadcasting Corporation Radio. With close to a dozen hits, The Boswell Sisters were also very popular in the early 1930s.

The Andrews Sisters, shortly after, eclipsed all previous girl-group record performances, achieving more record sales, Billboard hits and million-sellers than their predecessors. With about 20 albums, 200 recordings, 23 of which reached the Billboard charts, and 17 Hollywood film appearances, the girls became the most sought-after entertainers in theatre shows worldwide during the 1940s and early 1950s.

Among their big hits, were Boogie Woogie Bugle Boy (best song of the 1941 Academy awards); The million-sellers Pistol Packing Mama and Jingle Bells of 1943; and also the No.1 song Don't Fence Me In (1944).

As the rock era of the mid-1950 began, the girl-group wave picked up momentum and saw groups like The Chordettes and The McGuire Sisters (Sincerely, Sugartime and May You Always being three of their top hits), making appreciable inroads on the charts.

By early 1956, The Teen Queens set ablaze the doo-wop, or what some called rock and roll craze, with a slow and tantalising rendition of Eddie My Love, which showed a departure from the traditional pop harmonies of previous songs, as they crooned:

"Eddy my love, I love you so

How I waited for you, you'll never know.

The recording was a very popular draw in a Jamaican late 1950s dancehall setting, when the witching hour of midnight drew nigh and a 'rent-a-tile' dance space became the ideal complement. The Bobbettes - an American R&B female quintet of Jannie Pought, Emma Pought, Reather Dixon, Laura Webb and Helen Gathers - came about this time with the uptempo Mr Lee, another overwhelming favourite that lived in both the R&B and pop Billboard charts for nearly six months, thereby gradually fostering the acceptance of all-female, all-black vocal groups.

Following The Chantels' landmark recording of Maybe, which was ranked No. 199 on the Rolling Stones list of 500 greatest songs of all times, there appeared an enormous rise in girl groups, particularly in the United States.

Another girl group of the 1960s - The Shirelles - were widely considered to have achieved the first sustained success in the girl group phenomenon. They became the first all-girl group to place a No.1 single on Billboard's Hot 100 charts with Will You Love Me Tomorrow? recorded in 1960. The group consolidated their position with no less than five more top-10 hits between 1961 and 1962 - Dedicated to the One I Love, Soldier Boy, Mama Said, Baby It's You and Foolish Little Girl.

The girl-group trio Dixie Cups was best remembered for their 1964 No. 1 million-seller Chapel of Love. However, The Supremes - with Diana Ross, Mary Wilson and Florence Ballard - was undoubtedly the most popular and successful girl group to emerge in the history of popular music.

They created history by placing six consecutive singles on Billboard's hot 100 chart in a one-year period between 1964 and 1965. These were Where Did Our Love Go?, Baby Love, Come See About Me, Back in My Arms Again, I Hear a Symphony, and Stop in the Name of Love, a monumental piece that brought out the best in girl-group singing, as the Supremes sang:

"Baby, baby, I'm aware of where you go

each time that you leave my door.

I watch you walk down the street

knowing your other love you'll meet.

But this time, before you run to her

leaving me alone and hurt.

Stop in the name of love."

The Supremes had another six No. 1 hits, a record unlikely to be broken.

The Motown Recording Studios, from which the Supremes emerged in the 1960s, also saw the girl quartet The Marvelettes giving the Motown label it first No. 1 hit, Please Mr Postman, in August of 1961, while another girl group out of Motown - the trio of Martha Reeves, Rosaland Ashford and Betty Kelley, parading as Martha Reeves and The Vandellas, had a string of hits that included Dancing in the Streets, Jimmy Mack, Love Is Like a Heatwave, and Nowhere to Run.

Back in the very early 1960s, The Cookies, a black-girl trio out of Brooklyn, New York, had Jamaican dancehalls rocking to the hits Down by the River and In Paradise. They later became Ray Charles' backing vocalists - The Raelettes.

Patti Labelle and the Bluebelles became a regular draw at wedding receptions during the 1960s, with their rendition of Down the Aisle, while The Ikettes trio (sometimes a quartet), originally the backing vocalists for Ike and Tina Turner's revue, became well known for their hit I'm So Thankful in 1965.

The Three Degrees, The Sweet Inspirations, The Paris Sisters and Jamaica's Gaylettes round off a plethora of girl-group singers that made the 1960s one of the most eventful decades in popular music.