No toying around with Safira Mono 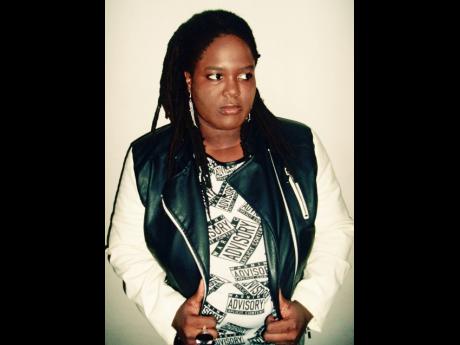 With her new I Am Not a Toy EP under her belt, Spanish Town-based artiste Safira Mono (real name Shockera Pinnock) is eyeing 2016 as her breakout year.

Released last week, the EP consists of the title track and four others - Tuff Life (featuring Sizzla), Bleach, Monitor, and Non-Stop. Some readers may also know of Safira Mono through her 2013 movie, Lady Don.

Hanging out in Ocho Rios recently, Safira spoke to Entertainment Avenue, about herself and her career as a musician.

"Safira Mono is an original artiste, entertainer, basically," she said. "I'm a DJ, a singjay, a singer. I write lyrics and compose my music as well, if necessary. When it comes to versatility, creativity, that's what I put out to the audience," she explained.

Seven years in the business, 2013 marked a watershed year for Safira, as it was the year she wrote, produced, directed and starred in a movie about a female artiste seeking to break into the music business.

"Lady Don is definitely one of my biggest achievements so far - a film that I put out independently. I did get a lot of feedback from in the streets about Lady Don," she revealed.

"I put out a lot of songs in the film, as well, I got a lot of feedback, especially through social media. The movie itself was released as a tool to bring awareness and for advertisement purposes, basically. On Youtube, it got over 200,000 views."

Encouraged by the response to Lady Don, Safira went back into the studio with producer Bad Slave, to produce songs for the EP and, so far, the responses have been good.

"The EP is going great; we getting a lot of feedback, especially for the track Non-Stop. Bad Slave produced and composed most of the tracks."

Looking back at her career so far, Safira has no regrets. "Things have been great," she said. "It's a trial, no failure because we always keep pushing forward; so it's a growing and a learning experience, and nothing happens before the time. I am aware of that."

The artiste expects Non-Stop, to be a hit in 2016 and a turning point in her career, as she seeks the recognition that she has been working so hard to get.

Producer Bad Slave is also looking forward to a positive year, as he says, "I expect good things, yeah man, because we always putting in the work, and she's (Safira Mono) a talented artiste, and whatever she puts her mind to, she's going to get it".