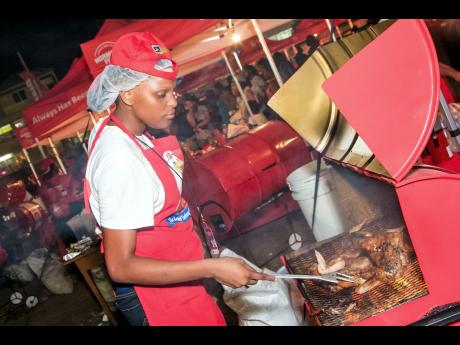 Contributed
Tia-Dawn Foreman, Portland runner-up, is among 28 finalists who will cook-off for more than $1 million dollars in cash and prizes at the Grand Final of PAN-X, hosted by CB Foods on Sunday, November 1, at the Waterfront, downtown Kingston. 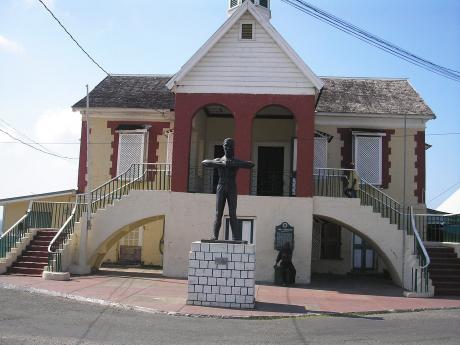 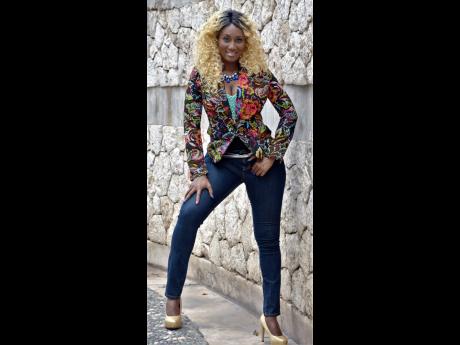 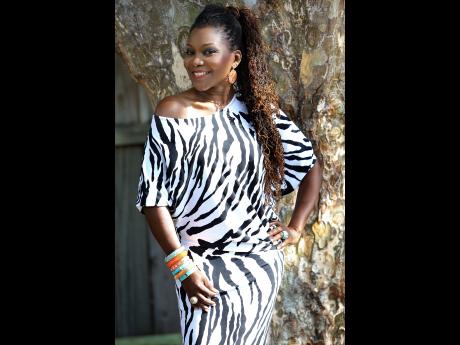 Women’s voices at Jazz in the Garden

Sunday’s Jazz in the Garden, the penultimate concert in the series, presents a line-up of female acts at The Jamaica Pegasus on Sunday, starting at 6:00 p.m. They are Myrna Hague-Bradshaw, Althea Hewitt, Judi Immanuel, Diamara Neil-Walker, Orisha Sound, Slavic and Azuri. Pianist Dr Kathy Brown is musical director for the show.

The concert is endorsed by Power 106/Music 99 and Kool 97 FM, with co-sponsors Clear Sound Productions and The Jamaica Pegasus.

According to executive producer Nancy McLean, the final concert in the series will bring together many of the exciting acts who performed throughout 2015. Entitled The Best of Jazz in the Gardens 2015, it is scheduled to take place on Sunday, December 27.

On Sunday there will be beverages and other items courtesy of sponsors O’Jays Premium, Splenda and Voortman.

Tickets for Jazz in the Gardens ... A Feast for the Senses are $2,500 presold and $3,000 at the gate. Presold tickets are available at Supermed Mall Pharmacy, Mall Plaza and at The Jamaica Pegasus hotel.

The Jazz in the Gardens series continues to support the Best Care Foundation and Elsie Bemand Home for Girls.

The Rotary Club of Downtown Kingston (RCDK) hosts its 12th Annual Wine & Cheese PLUS Jazz & Art event at The Knutsford Court Hotel, New Kingston, on Sunday. The event, which is primarily an art auction, will feature scores of art pieces from leading Jamaican artists, as well as dramatic pieces from some young upcoming artists.

More than 100 pieces of art will be auctioned, including works from leading Jamaican artists Alexander Cooper, David Pottinger, Albert Artwell, Albert Huie and Carl Abrahams as well as from other known talents such as Pam Hunt-Bromfield, Carol Watson, Leopold Barnes, Mark Bogie, Joshua Gordon, Betty Glanville, Sonia Richards. All the art pieces will be featured in a catalogue, which will be on sale at the event.

Club director in charge of this project, Emile Finlay, said proceeds garnered from the auction will go towards significantly increasing the club’s scholarship fund. In the past, proceeds from the event have gone towards a major sanitation project in downtown Kingston, Hurricane Relief in Kintyre, construction and renovation in the Rae Town Fishing Village, a Skills Training Centre on East Queen Street and projects at the Real Success Basic School as well as others schools.

The profits will also assist with the club’s ongoing support for the Denham Town Golden Age Home and several projects at the Bustamante Hospital for Children.

Several of the artists have been willing to make concessions on their prices and this, coupled with the donations received, will lead to attractive offerings and great investment opportunities, Finlay said.

Patrons will be treated to music from a band. Auctioneers are James Pawson as well as licensed broker and auctioneer Emile Finlay.

Chicken fest on the Waterfront

With two regional eliminations completed, the island’s best pan chicken chefs are now preparing for the big showdown. Twenty-eight will try, but only one will leave the grand final cook-off on Sunday with more than $1 million in cash and prizes plus the coveted title of CB PAN-X Champion.

PAN-X, hosted by CB Foods, will fire up at noon on the Kingston Waterfront in a 10th anniversary celebration, as innovative men and women transform pan chicken into a masterfully crafted culinary experience Attendees can excite their tastebuds with 28 versions paired with exotic sauces.

There will also be delectable offerings from National Bakery, Copperwood Pork, Grace Foods, Rainforest Seafoods and Spur Tree Spices. Pepsi and Red Stripe will be on hand.

Adding to the fun is the new and improved Monster Milk Kiddies Village, FLOW Cable and Recharge Deals, financial advice and giveaways from Jamaica National and complimentary Wi-Fi courtesy of FLOW.

Sparkles Productions, One of Jamaica’s largest and loudest sound/PA providers, is about to launch a ‘silent disco’. The experience begins with entering a venue and hearing the deafening sound of silence. No music, no earth-shaking vibrations, no sound pollution. Only the discreet conversations between humans can be heard. Each patron or guest receives a set of high-quality headphones as they enter the venue and the party begins. The headphones are equipped with channel selection for different music source and volume control. The concept involves the transmission of sound to each individual headphone in high fidelity, using the most advanced technology in audio engineering.

Conversation can be achieved by just removing the headphone - not shouting over the music to get your message across.

Society and entertainment can now exist in harmony, literally side by side, with positive results all around.

Sparkles Productions is a full-service high-quality event production company that offers everything for corporate, private and public events, weddings, conferences, parties and concerts.

Tomorrow the National Museum Jamaica, a Division of the Institute of Jamaica, an agency of the Ministry of Youth and Culture, opens its exhibition UPRISING: Morant Bay, 1865 and Its Afterlives

The exhibition explores the history of the events in St Thomas from the post-Emancipation period through the tragic events of October 1865. It will also examine the various implications of the uprising, especially for the history of Jamaica.

Using original artefacts, newspapers, contemporary artwork, social media and the remarkable images from Princeton University, visitors can come face to face with the historical persons and events that have shaped Jamaica today.

The launch will also include a lecture, The Significance of Morant Bay, by Dr Swithin Wilmot of the University of the West Indies (UWI). The launch starts at 1:00 pm. Visitors are encouraged to attend the museum's Saturday openings, at which entry is free from 10:00 a.m. to 3:00 p.m.

In the years following the Emancipation from slavery, a new class of ambitious black Jamaicans rose up to challenge the status quo and the colonial elite. This led almost inevitably to the Uprising in St Thomas in 1865, known as the Morant Bay Rebellion. The Uprising and its savage suppression were to rock the foundations of Jamaican society and cause international controversy.

Most of the leaders of the Uprising in Morant Bay were freehold farmers, shopkeepers/traders, school teachers, preachers and skilled tradesmen.

Black intellectuals and activists emerged from among a new black freeholding class. They read, listened, reflected, formulated and distributed ideas directly opposed to those of the plantocracy and colonial elite.

They were greatly feared by the plantocracy and its allies. They were also the social group who lost the most after the Uprising in Morant Bay.

UPRISING: Morant Bay, 1865 and Its Afterlives is sponsored by the Tourism Enhancement Fund TEF and The CHASE Fund. The exhibition runs from October 2015 to October 2016.

Ida Does' award-winning documentary, Poetry Is an Island, Derek Walcott, will be shown at the Neville Hall Lecture Theatre, UWI, Mona, on Sunday, November 8, at 6:30 p.m.

The film presents an intimate portrait of Walcott set in St Lucia and is one of the offerings of the E. Desmond Lee Africa World Documentary Film Festival which will run at UWI, Mona, from November 5 - 8. The festival is sponsored by the E. Desmond Lee Professorship, University of Missouri, St Louis, USA, and is held annually at venues around the globe.

At UWI, Mona, the festival is organised by the Department of Literatures in English, the Department of Language, Linguistics and Philosophy, and CARIMAC. Now in its third staging at Mona, the festival seeks to promote knowledge of the life and culture of the people of Africa worldwide through the art of documentary filmmaking. Poetry Is An Island is being screened as a special initiative by the local organisers to bring Caribbean films to local audiences.

The festival is free and open to the public. Screenings begin everyday at 2:00 p.m. except on Thursday, when the festival is being launched with an opening ceremony that begins at 5:45 p.m.