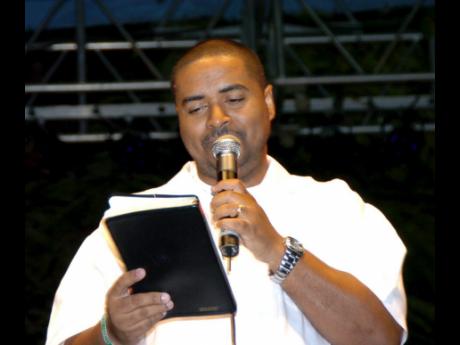 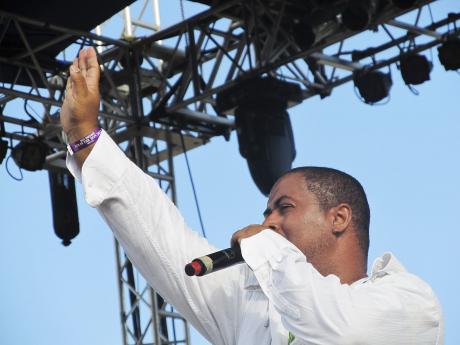 With the compelling motto, 'No Perfect People Allowed', pastor and gospel artiste Junior Tucker is set to officially launch True Word and Worship Church at the New Kingston Shopping Centre in Kingston on Friday, November 6. The following night (Saturday, November 7), he will launch his newest album titled Jesus Famous.

As part of the foundational activities for the church launch, sessions have been held at the shopping centre on Friday evenings since June 2015, and patrons have been treated to anointed, engaging and fun praise-and-worship sessions lead by Pastor Tucker. His down-to-earth, insightful and prophetic delivery of the word of God has also been warmly embraced by an increasing number of attendees.

On November 6 at 7 p.m., Pastor Tucker, along with his wife Trudy, and supported by a board made up of local and international ministers, will officially launch True Word and Worship Church. Additionally, as a key component of the launch activities, Pastor Tucker will be officially ordained by local and international ministers, including pastor of Life Church in California, Rohan Earle; pastor of Swallowfield Chapel in Jamaica, David Henry; and pastor of Word of Life Faith Centre in Trinidad and Tobago, Ravi Ramnath.

Prior to returning to Jamaica, Pastor Tucker studied theology and psychology in the US, and served as pastor, preacher, worship leader and other ministry capacities in several churches for 15 years. Through a series of prophetic words and his own sensing of God's call on his life, Pastor Tucker was lead to return to his homeland to plant a church. Still, he admits that becoming a pastor was never his plan. "If 13 or 14 years ago you told me that I was going to be a pastor, I'd laugh ... but the Bible says that every step of a righteous man is ordered," Tucker explained. He added that his vision is to reach a wide cross section of people. "I'm trying to reach the unsaved, musicians I use to work with. I'm trying to reach hurting Christians, the 'overchurched' and the 'unchurched'," shared Tucker, who normally dons a pair of jeans, sneakers and a dress shirt for services.

Explaining the meaning of the church's motto - No Perfect People Allowed - Pastor Tucker said, "One of the mistakes that we make is trying to get perfect before we come to church so I am saying, 'No, come, we will help you towards perfection as we ourselves are being made perfect.' So it is Christ who does the perfecting and he uses the church to do it."

ALBUM TO BE LAUNCHED

After the church launch on Friday night, Tucker will launch his new 12-track island worship album, Jesus Famous, and host a worship night on Saturday, November 7 at 7 p.m. in the amphitheatre at New Kingston Shopping Centre.

"Some people wanna be a superstar / Big mansion drive a hundred cars / Trendsetter everybody follow me / I'm number one on the social media scene / But as for me and my house / But as for me and my house / Mek a tell you something / I wanna make Jesus famous," is an excerpt from the catchy title track which Tucker said summarises the main message of the project. The Jesus Famous album also features three collaborations with gospel artistes from the Caribbean - Richie Righteous from Guyana, Positive from Trinidad and Alison Norville from Barbados.

For the worship night, patrons will be treated to ministry and songs from popular gospel artistes Papa San, Carlene Davis, Paul Blake, Perpetual Praise, Latoya H-D, Kimola Brown Lowe and a team of worship leaders. Sponsored by Digicel, GraceKennedy and Hawkeye, the event will be free of charge.

Speaking to his journey as a gospel artiste, Tucker said that God alerts him when it's time to embark on another musical project. "These songs come and I wrestle with them lyrically. I get the melody, I get the songs together ... and put the album together," he explained passionately, noting that he is simply a channel for the delivery of God's heart to the body of Christ. "The more I grew into being a pastor and the more I grew into caring for God's people and reaching out to the lost, I realised that my music changed," he said.

Jesus Famous will be available on CDs at the upcoming worship event and on iTunes as of November 7. The 12 tracks on the album include To The Rescue; I Want It All; Worthy Of My Praise; Alive; Never Walk Away; Jesus Famous; Pressured People; Exaltation Medley; Your Touch; I've Got You; Sunshine On My Face and Earth To Heaven.

After the worship night, Tucker will kick off an album tour in the United Kingdom in the weeks that follow.