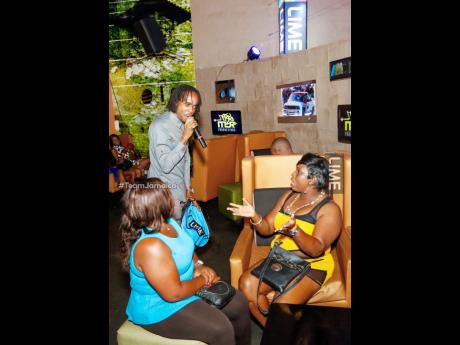 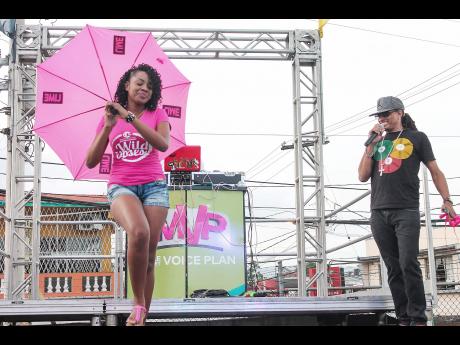 Donald 'Iceman' Anderson, whose recently released Breadfruit Tree comedy album is being distributed through Tuff Gong, has honed his talents at the School of Drama, Edna Manley College of the Visual and Performing Arts. Still, with an extensive comedy career, which includes being part of the duo Iceman and Johnny (along with Christopher 'Johnny' Daley), a long solo stint, and appearances in plays with a comedic bent such as the 2012-2013 staging of Jambiz International's Glass Slippaz, he learnt a lot from Pretty Boy Floyd.

Floyd, who counts being a show host along with his stand-up comedic stints, was among a group of comedians signed by the then LIME in 2013. So was Iceman, and it was on the road doing appearances for the telecommunications company (an engagement which continues, despite the Flow merger) that Iceman picked up lessons in laughter from Floyd.

The other two comedians signed by LIME were Ity and Fancy Cat.

"Management, Donovan Watkis, had been in dialogue with LIME. They came up with this idea of comedic ambassadors because they tried it with the musicians - remember dem did sign a bag a people. That project, I suspect, probably didn't yield as much as they had anticipated it would. Fast-forward now to a set of comedians who are jokers on stage, who are entertainers in their own right. Why not employ the skills and the services of comedians since we did it with musicians already and see where it will take us?" Iceman said.

It has taken them some way. LIME's projects with the comedians include a hilarious set of television advertisements during the 2014 World Cup in Brazil and this year's number-portability implementation, where jabs were taken at mobile rival Digicel.

"It has been a rewarding experience for me as a performer," Iceman said about his association with LIME. "It is one of the biggest things I have done with my career as a performer."

Saying that he was required to "promote brand LIME" - and also "promote brand Iceman" - in addition to television and radio advertisements, Iceman did a lot of the company's social events and promotional events, including stage shows and selling phone cards (his face was on one). "A lot of the road shows I did them, me and Pretty Boy Floyd, Ity and Fancy Cat," he said.

And it was on the road that Iceman learnt a lot from Floyd. "They were very, very rewarding and they were also teaching tools for me, too, as it relates to how challenging it is to be a road person," Iceman said about the road shows.

"Me give it up to Pretty Boy Floyd. He is, in my opinion, the number one road person, street yute, as it relates to engaging the audience. I am pretty much a representational actor; I am not a presentational person," he said.

"So that is separate and apart from being a comedian because the comedian haffi talk, him haffi present. But in my comedy, there is a lot of representational work," he said, referring to characters like PJ Patterson, Edward Seaga, a fireman, and a famed mayor of Kingston, all of whom he plays on Breadfruit Tree.

"I tip my hat to him as that street youth, presentational performer. Him spontaneous like that; him come up with it right away," Iceman said, snapping his fingers to show the immediacy of the performance. "He taught me lessons as well. I learnt a lot of lessons from him in terms of how to deliver myself presentationally in that kind of pop culture vibe. We can MC and we know how to engage we audience and thing, but that real grassroots, come up with it pon spot, freestyle kind of presentation, that in itself is a work in progress for me," Iceman said.

"It is something I want to get better at, but I have accepted my limitations in that department, and if the situation does come about again, where I am tasked to do it, I will do it. There is always room for improvement."