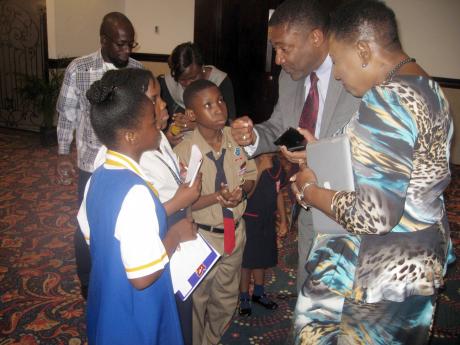 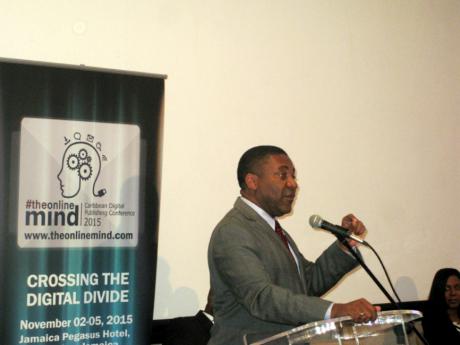 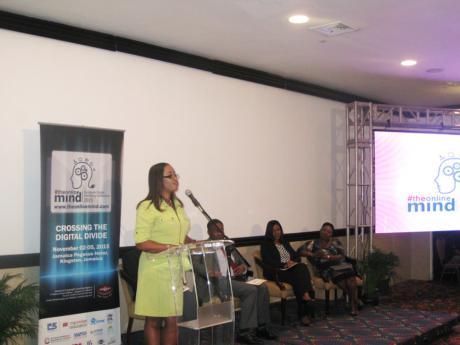 On Monday evening, the Caribbean's first digital publishing conference, #theonlinemind, officially opened at The Jamaica Pegasus hotel, New Kingston, the brief ceremony signalling the beginning of a slate of panels and presentations.

Organised by the Jamaica Copyright Licensing Agency (JAMCOPY), the conference continues until tomorrow.

"I remember him saying that JAMCOPY would not die under his watch," Newman said, revisiting the period when Paulwell had responsibility for copyright matters in his portfolio.

Paulwell described #theonlinemind as "very timely", adding that survival in the publishing business means responding to the challenges of change and the shifting of parameters which technology creates.

He noted the importance of digital publishing on how people "read, publish and even store our reading material". To support this, he gave the statistics - half of all magazines and newspapers will be distributed digitally by the end of the year and, in the US, half of the reading material will be digitised by the close of 2015.

In Jamaica, though, there is a deficiency of content. Paulwell recalled that $114 million was spent on content for the Tablets in Schools programme, with half of that going to Jamaican suppliers.

And, speaking about Jamaica's intellectual property culture, Paulwell said that digital publishing can have a positive effect on Jamaica's growth and development.

"It is extremely significant to have conferences like this which highlight current trends in digital publishing," Grange said. There was laughter when Grange, after stating both major Jamaican political parties' commitment to the publishing sector, said if there was a change in government, support for the sector would continue.

The opening ceremony was chaired by Vivian Crawford, with JAMCOPY Vice-chair Diane Daley representing the organisation.

Among today's presentations are 'International Copyright Protection in the Digital Era' (Paul Doda); panels on 'Why Metadata Matters to the Market' (Monique Forgie-Scott and Dwayne Campbell); 'Do you Subscribe to Books? Selling Digital Books in and to the Caribbean Bookstore' (Latoya West-Blackwood and Beverley Smith Hickson); 'Like... Comment... Share... Is Digital Publishing Print's Best Friend?' (Nicholas Laughlin and Jon White); 'Dollars and Sense: Building a Profit and Loss Statement for Digital Books' (Nadine Buckland); and 'Simplicity Breeds Success: Selling Indigenous Digital Collections to Traditional and Non-Traditional Markets' (Donna Muirhead).

Tomorrow's final day of #theonlinemind includes sessions on 'How Can Education Systems Successfully Adapt to the Digital World?', 'What Are the Lessons Learned From Previous Digital Initiatives in Education? How Can We Avoid the Pitfalls?'; and 'Propose, Pitch, Publish! Getting a Publisher's Attention'.