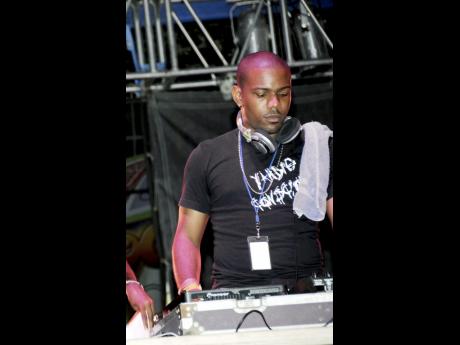 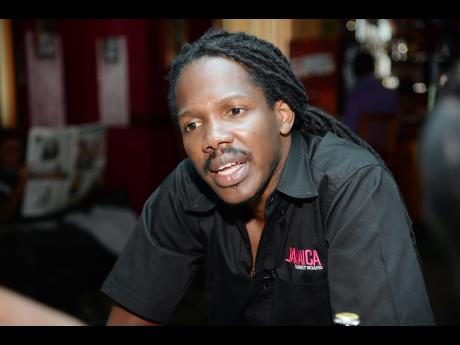 Quiet Jamaica recently launched the concept of 'silent disco' at newly opened night club 100 to rave reviews. The experience of a 'silent disco' begins with entering an entertainment venue, however, instead of being welcomed by loud music, one is exposed to almost complete silence and is able to have regular conversations without having to scream atop their voices.

The concept has been relatively popular in the United States, the United Kingdom and Taiwan. However, this is the first time that it has been introduced to the general Jamaican public, thanks to Skyy Vodka and Quiet Jamaica, who gave persons in attendance a first-time opportunity to indulge in an experience. according to State Minister in the Ministry of Tourism and Entertainment Damion Crawford, this new concept will help promoters to host some events without having to worry about the bothersome Noise Abatement Act, which has crippled several events for more than six years.

Events using the silent disco concept will see each patron wearing a set of high-quality headsets provided by the organisers. The headsets may or may not be equipped with channel selection for different genres, depending on the concept of the event, and when switched on, sound will be transmitted to each individual headset in high quality.

Speaking with The Sunday Gleaner, Crawford who was also spotted wearing his headset at the launch, endorsed the concept.

"Technology continues to transform our lives, and this is another way in which it has done so. This adds another dimension and provides a solution for people to be able to co-exist within society. There have always been two types of people those who want to party and those who don't want to be disturbed - and what this does is create a situation where even next door, or possibly in the same home, you can be enjoying yourself and another person is not being disturbed," he said.

Crawford also said that the concept of silent discos would make his work to relax some of the unreasonable stipulations of the Noise Abatement Act somewhat easier.

"When you add that to our plans to designate zones as well as our time-extension committees, this will be able to solve the problems that we have been facing, this is just another option that can be considered. I might not want silent headphones at Passa Passa, but another day, I might be at Daydreams and my silent headphones might be perfect," he said.

Marketing director at J. Wray and Nephew, Gary Dixon, told The Sunday Gleaner that the company has always warned promoters to play within the correct volume level and time allowed by the Noise Abatement Act. He said that Skyy Vodka's endorsement of the silent disco is another part of their drive to stay out of trouble with the law.

"This is another technology to ensure that there is neither nuisance nor a need for intervention by law officials for any reason," he said, also pointing out that the beverage company would be hosting several events in coming weeks utilising the silent disco.

Radio DJ Sanjay said that there were a few disadvantages for DJs to using the silent disco. However, he believes that the concept can be a benefit to the entertainment industry, especially where noise pollution and police surveillance are concerned.

"You can party until morning come. This will throw out the effects of the Noise Abatement Act in the sense that you can't call anybody unless the promoter doesn't have the required permits. If police come at a party like this to turn it off, there has to be an excuse like a riot or something. It can't be that he doesn't like the headphones and the colour. It is very unlikely that police power can be exerted with a silent disco concept, unless something has been done very extreme. Otherwise from that ... there is no noise," DJ Sanjay said.

Syndicate events promoter Dwayne Dacres, who was also present at the launch, told The Sunday Gleaner that the concept is trendy and meaningful. However, he also highlighted that promoters who wished to employ this technology at their events would have to dig deeper into their pockets since to attain the headsets would carry an additional cost. He believes the concept would be best applied to small parties.

Quiet Jamaica's Media PR and sponsorship manager Cortia Bingham told The Sunday Gleaner that the technology is First World and will revolutionise the way Jamaicans exercise their social responsibility.

"It's about respecting people's space, so Norbrook, we are coming. Cherry Gardens, we are coming. This is going to be a viable option for spaces where you would not normally have events," she said, also pointing out that Quiet Jamaica will also be hosting its own events.

The Noise Abatement Act was last amended in 1997, but there has been much made of the increased enforcement of the act in recent times.

Crawford has long been advocating the formation of entertainment zones to create an everybody-wins scenario.