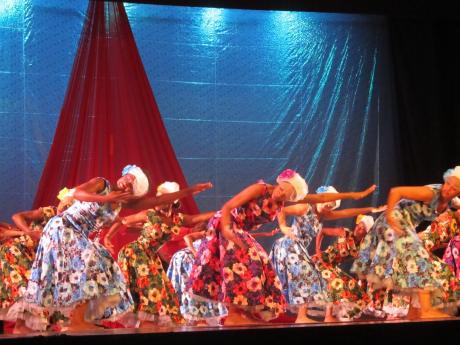 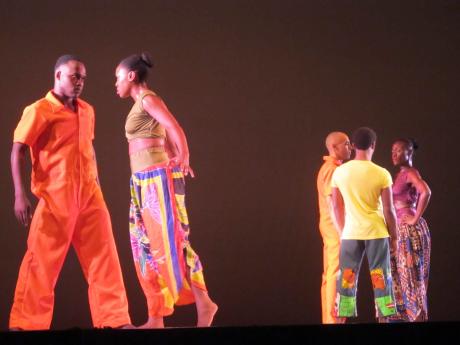 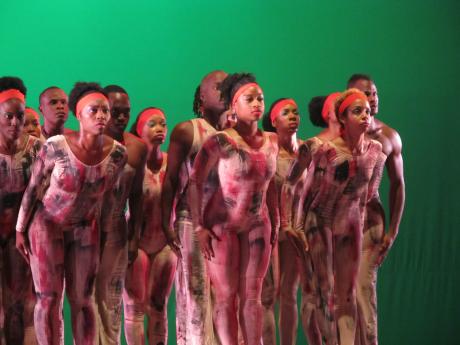 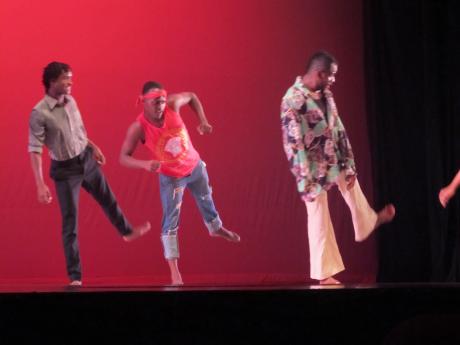 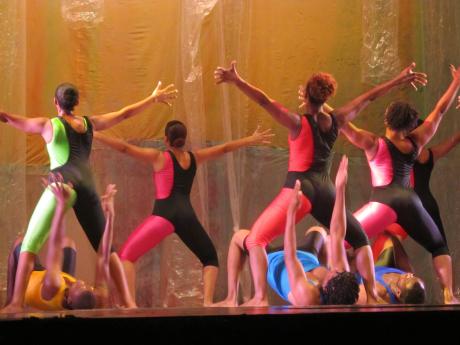 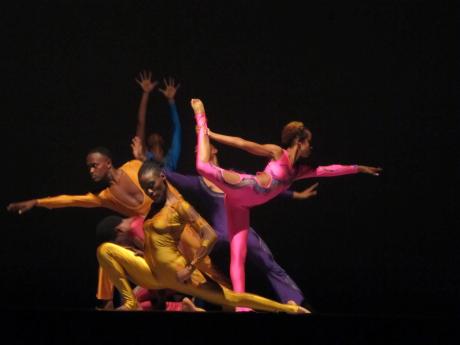 Spectacle has always been a strong element of the Stella Maris Dance Ensemble productions, and the 2015 season of dance was no

different. From the dramatics to the vivacious costumes complemented by appropriate lighting, the show was a delight to see.

There were seven dances on a programme that unravelled at the Little Theatre on Tom Redcam Drive. Four were remounts - one from the 2010 and three of the standout pieces from the 2014 seasons - along with three new works.

Tony Wilson's 2014 choreographed Patchwork proved worthy of its opening status. The dance unfolded in three movements, which began with the full cast. It then shifted to a duet before drawing on back to full cast, who by then, had added skirts made of strips of cloth of different colours (perhaps to reinforce the title) to their tie-and-dye full length unitards. For the most part, the dancers moved with grace and showed nice body extensions at all levels.

The reworked 2014 dance, Wanted, choreographed by Kemal Nance, was premiered. While the theme of 'the criminalisation of black men' remained the same, the changes were quite effective. There was newness to the dance drama that featured Wendi Hoo-Fatt and Raheem Wallace as mother and child danced alongside the male and female dancers. With this, the choreographer utilised the stage effectively, and the dancers seemed to have understood the seriousness of their roles. All was complemented by Souad Lawrence and Roxanne Corniffe's well-thought-out costumes, which saw a shift from the jeans outfits to orange overalls.

It was not until the fourth and closing dance of the first segment that the partially full house was to experience the creativity of the artistic director for the Stella Maris Dance Ensemble, Monika Lawrence. It came in a stellar remounted Stolen Inner Sense.

As was the case in the 2014 season, the dance drama showcased children having fun in a school yard and at a street dance. But when they are gunned down, it is time to call on a higher being, thus the Redemption, also performed by the full cast. Again, the dance was well executed. The game Dandy-Shandy was sacrificed for a ring game. Having the cast voicing their thoughts worked, too.

But the standouts for the programme truly came in part two. Lawrence's 2015 Interconnection, and Abeldo 'Tokie' Gonzales' 2010 Supernova, were responsible. Both displayed wonderful creativity in costumes, set, lights and choreography.

Supernova, was a plethora of great formations, fine exploration of forms and levels carried out by each dancer with authority and energy. Interconnection reverberated with freshness and creative boldness. It began with flashing images shown in tableau and quick snap-out of lights. In addition to a backdrop, there was a dangling rope over centre stage left that allowed for dancers to explore, thus adding a another dimension to the exploration of levels.

Lawrence also teamed up with Orville Hall and Shelly Ann Callum to Ride the Riddim (the title of the dance) of Jamaican music and highlighted dance moves from ska to dancehall. The entertaining and energetic closing piece had the audience singing along to their song preferences. However, while everyone (dancers and audience alike) seemed to have enjoyed the choreography, the choreographers may want to rework a few formations, especially where the dance is divided into three groups. In such instances, the middle group is being upstaged by the two groups placed down stage left and right.

Also on the programme was My Language. The dance was choreographed by Abeldo 'Tokie' Gonzales for the 2014 season with some assistance from Lawrence. Once again, it proved to be a viable decision and was justly performed by all.

Overall, apart from the seemingly long breaks between dance acts (the organisers may want to address this), it was a well-delivered 22nd dance show.