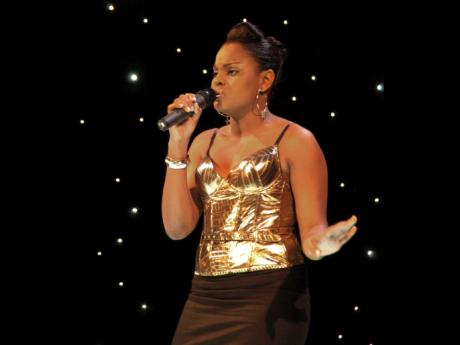 After a hiatus from the Jamaican music scene, reggae/gospel songbird Jodian Pantry returned with a bang recently when she gave a sensational performance at her live concert at Chris Gayle's Triple Century sports bar.

Scenes of the staff arduously navigating through a sea of people packed into the small venue spoke to the colossal crowd that Pantry commanded.

Fully covered in ankle length pants, a blouse and matching boots, the vocalist allowed her talent to speak for itself instead of resorting to onstage antics and skimpy attire.

The audience had no complaints. Patrons were completely engaged throughout her entire set.

She started her set with Walk By Faith, however, Red Light was clearly a crowd favorite as patrons went wild as soon as the band started playing the music for the song. Needless to say, patrons sang along to the entire.

The club's sound system had a few issues, but despite this, Pantry managed to thrill her fans with each selection.

The spotlight was on her voice and her music and the artiste never dropped the ball. The songbird's repertoire was not filled with hits, as much of her work seemed exclusive. However, patrons didn't seem to mind listening to her new music, especially since melodies were on point.

Songs like Big Dreams, Struggling and Still Got Love all excited the crowd and the venue echoed as audience members joined the artiste in her performance and belted out choruses by her lead.