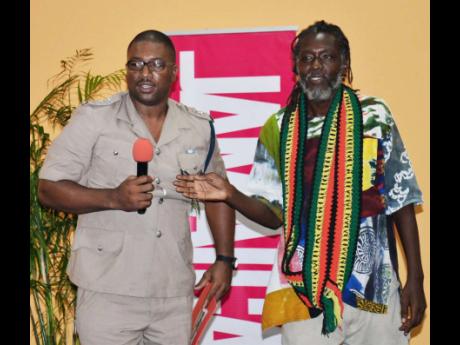 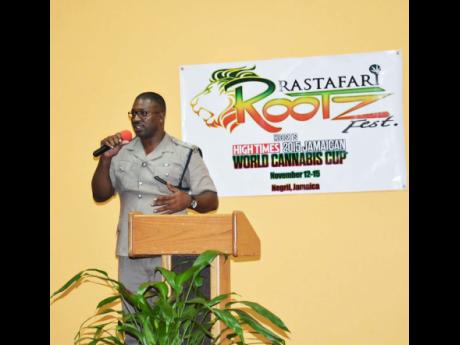 Rastafari Rootz Fest is the first event exempt from prosecution (for ganja) which will be held since the Dangerous Drugs Amendment Act 2015 was passed earlier this year, which, among other things, decriminalised small quantities of ganja.

Speaking at last Wednesday's Negril launch of Rastafari Rootz Fest at Swept Away Resort, Hamilton said, "I want to make it clear that our involvement in the festival has to do with public order and public safety. Our responsibility has to be to ensure that an event that has been permitted happens in an atmosphere where the strict adherence to rules, regulations and laws are observed. And we will ensure that our objectivity as law enforcement officers is effective as it relates to the free flow of traffic ... . We also want to ensure that vending activities carried out in a way that vendors have their designated areas."

Hamilton said like at any other entertainment-related event, the police will be enforcing strict adherence to the cut-off times for the stageshows which will be held each night of the four-day festival, which starts on Thursday, November 12. He also urged the Rootz Fest promoters, Rasta In Inity, to help in maintaining mutual respect between patrons and the police who will be on duty.

"Some people can get a bit out of line sometimes. You see the police officer and maybe, the history, persons might now see it as an opportunity to exact some amount of revenge, so to speak. So my police officers will be here in uniform. I want a level of decorum and respect, because that is what I will be preaching to my officers - to have a certain level of emotional intelligence to say this is how we will police the event," Hamilton said.

"We don't want to get swept up into any kind of controversy or the other. We are coming there to ensure that public law and order is maintained. Our involvement will be from that perspective. We don't expect that our officers will be encountering certain levels of hostility; and if it does happen, we have our ways of ensuring that those matters are addressed in an amicable way," he added.

Hamilton noted the general context of policing events in the town and how Rootz Fest fits in.

"It is Negril, and we are law enforcement officers of Negril; and just like any other event, our objectives are the same for this festival. I expect to have a very safe event, and that the patrons who come will enjoy themselves and everybody will leave in one piece," Hamilton said.

In response, event co-organiser Eddie Wray said his organisation is grateful for the support being provided by the Negril police and welcomes their presence at Rastafari Rootz Fest.

"We are happy to have the police as a part of it to ensure that the event is a success, that it is free from all different types of elements that could attack it. We welcome the police force. We are not trained for this type of thing, so this partnership with the law enforcement is going to be very, very important," Wray said.