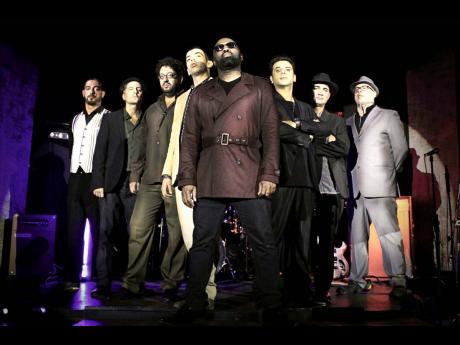 Stephens told The Gleaner the band comprises bass, guitar, keyboard, trumpet, saxophone and trombone players, two backing vocalists and a DJ. All the members were born and currently live in Salento, southern Italy.

"I met the band at a festival in Italy last year after a performance. We both did ska in our set on stage and did very well. That's how the idea came about," he said. "They are all trained and seasoned musicians with lots of experience. They play different styles of music, including reggae and ska."

Declaring his love for ska and the energy of the Jamaican genre of music, Stephens said he always wanted to perform the genre on a very serious level. "I have always loved ska music. So now that I have a ska band, we are ready to take on the world with this fresh music," he declared.

Stephens said he has been receiving many positive responses since the formation of the unit. The plan is to present ska music in a very creative, fresh and Jamaican way to ska lovers globally.

"Hopefully, we will get new fans to join in the ska nation as we tour the four corners of the world. I will be delivering a very high-energy style of performance live on stage, along with a fantastic musical backing," Stephens said.

Although he is forging ahead with this new venture, Stephens said he will still be performing as a solo act and that Richie Stephens and the Ska Nation is a separate entity. "My fans will still get to enjoy the soulful side of Richie Stephens that they know and love," he assured.

ALBUM IN THE WORKS

Presently, Stephens and the band are in studio recording an album which will be released in early 2016. There are also new videos in production to complement tracks from the album. Stephens has high expectations of the project.

"Papa Leo is an excellent producer with lots of great songs out, in and around Europe. Ranking Le Le is a DJ and the band leader. He helps to organise business and other things. Marello is the man who makes all the calls and handles social media and more," he said of some of the team members.

During this week, the entire band will arrive in Jamaica for a two-week stay.

"We will be working extremely hard to accomplish a lot of things, including shooting two videos, recordings songs, doing a photo shoot, plus doing interviews, among other things," Stephens said.