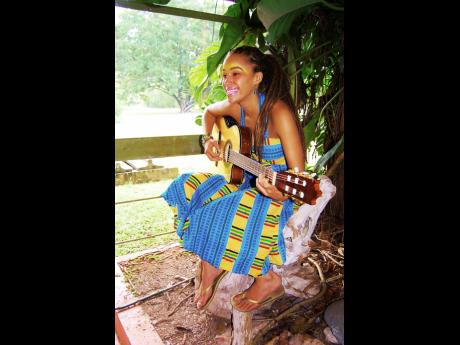 She is described by many as Jamaica's best-kept secret in reggae, and on Saturday night, she proved why.

Although there are still many Jamaicans relatively unaware of who she is as an entertainer, her catalogue of work is just as extensive and perhaps even equally impressive as any other top reggae artiste.

Kelissa Live was scheduled to start at 9 p.m., but didn't get under way until approximately

10:45 p.m. Although things were off to a late start, patrons didn't seem to mind, as they lounged around, having light conversations and indulging in the ital eats while rocking to the musical styling of deejay Rory Yaadcore.

Yaadcore kept the crowd entertained with a slew of reggae hits from the likes of Protoje, Chronixx, Sizzla and others. Although the crowd was slow in building, the numbers grew as the night progressed, and by the time the show got to the main event, Skyline Levels was almost filled to capacity. Tessanne Chin, Chronixx, Alaine and Protoje were among the guests who turned out to show their support.

When host Nikki Z made her way to the stage, it signalled the start of the show, and from the opening act to the closing piece, Kelissa Live was a musical treat.

Carlton 'Bass' Jarrett was the night's first act and he proved that singers aren't the only force to be reckoned with in the entertainment fraternity. All he had was his bass guitar, but that was all he needed to thrill the audience.

The sweet sounds coming from his guitar had the audience captivated. His instrumental of Bob Marley's Is This Love had the crowd mesmerised. He made way for Kelissa, but not before inviting singer Alicia Taylor to the stage for a duet that was equally as captivating as his solo pieces. Then it was time for the lady of the moment.

Kelissa opened her set with Wake Up, before transitioning to Keep My Head Up. Both songs had a message of encouragement that the audience seemed to relate to, as loud cheers erupted at intervals. During her set, the singer kept the crowd engaged by interacting with them at different points throughout the song. Though she is an up-and-coming artiste, there were clearly some Kelissa fans scattered throughout the venue. They knew all the lyrics to all of her songs and sang along to every note. The singer paused the music once more to talk about female empowerment and gender inequality. Her message of respecting the work females do daily was strongly supported by the audience, including the few men present.