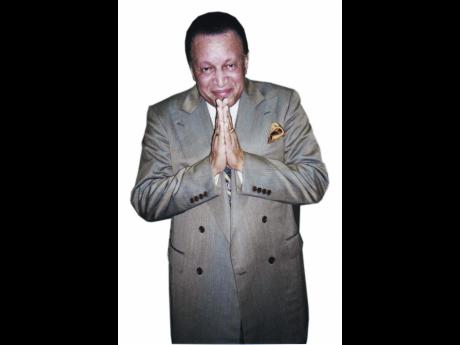 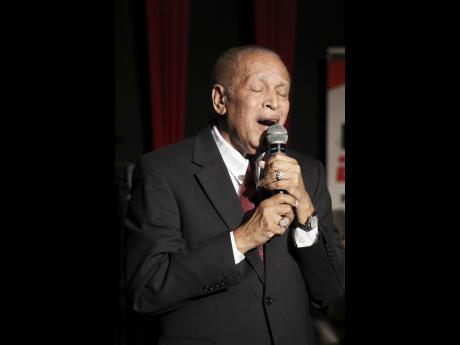 To the cool-voiced Jamaican crooner of the 1960s - Dobby Dobson, the English language is something he could easily spin on his little finger without any exertion. This inborn gift helped to earn for him a job as a proofreader at the Gleaner Company Limited shortly after leaving school in the early 1960s. In one of the most dramatic scenes in the history of Kingston College, Dobson, after signaling that he was finished and handed in his papers, bopped out of the Senior Cambridge English Examination - General Certificate of Education almost an hour before the exam was due to end. Fellow examinee, Trevor Fitz-Henley, related how invigilators became startled and glared disapprovingly, while students, interrupted by the suicidal surprise move, held back giggles and smirks at the apparent early submission of failure. It is important to note that with Senior Cambridge, if you didn't pass English and Maths, you would have to repeat the whole year or leave school empty-handed. Now, this boy bopping, smiling and seemingly complacent was viewed as either a 'dun care' time-waster, always walking and singing tunes, or just foolishly overconfident. However, Dobson was among the minority with As in English that year.

Dobson's extraordinary mastery of the English language powered his songwriting skills and allowed him to write songs in glowing poetry - line after line rhyming in rhythmic sequence, matched in Jamaica only by the legendary Bob Andy and calypsonian Everard Williams. In his biggest hit, done in 1967, titled Loving Pauper, Dobson placed love ahead of money, while demonstrating his songwriting skills:

"I'm not in a position to maintain you the way that you're accustomed to.

Can't take you out to fancy places,

Financially I'm a pauper but

when it comes to loving I'm alright."

While still at KC, Dobson formed the group - 'Dobby and the Deltas' in the late 1950s, comprising fellow classmates from the Delta or 'D' stream at the school. Their debut recording - Cry a Little Cry, went straight to number one on the RJR charts, where it spent six weeks. Shortly after leaving school, Dobson's songwriting skills again came to the fore with the R&B number, Sweeter than Honey. teaming up with Charles Josephs:

"Sweet things we do sweeter than honey

nice things we say worth more than money.

You hold my hand, I'm in heaven.

Among many others, producer Clement Dodd (Studio1), got a taste of Dobson's virtuosity when he wrote and sang for Dodd the classic, Seems I'm Losing You in 1968. The song refers to one of Dobson's romantic affairs which was on a collision course:

"Seems to me I'm losing your

heart to someone new.

I can see it in your eyes

I can hear it in your sighs.

To win back your love what must I do?"

Now in his twilight years, Dobson has been residing in the United States of America since 1972.