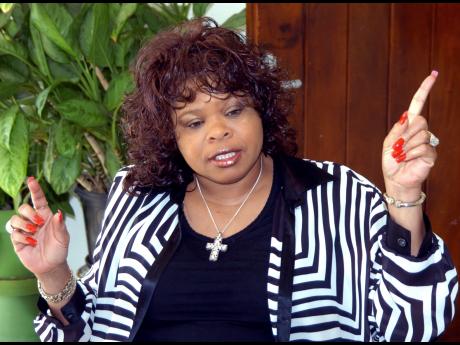 Today, a new gospel theatre production from Bible Teachers International opens its Kingston run before being staged in other parts of the island. After finishing an impressive run in several

theatres across the United States, Amazing Grace is gearing up to make its debut at The Little Theatre, Tom Redcam Drive, St Andrew.

While there will be re-enactments of different biblical stories, the production will go way beyond the typical Bible stories to incorporate issues affecting present-day society.

Speaking to The Gleaner in a recent interview, Bible Teachers International's marketing director and member of the play's cast Yannik Nesbeth explained that Amazing Grace was unique. "While there are actual stories from the Bible that will be retold, the play involves much more than that," he said. "There will be stories from the time the Earth was created to the crucifixion story, but the play will also address issues facing society today like abuse in the home, homosexuality, broken families, and much more."

Amazing Grace was written by Dr Mary Banks in 2002 and is a large-scale production with a cast of more than 80 people. When the play had its run in the United States, there was an all-American cast, but now that it is on local soil, all the performers - actors, singers, and dancers - are Jamaicans. Most of them were trained through the Bible Teachers Academy of the Arts.

The play's mission is simple: Preach the gospel using song, dance and, drama.

According to Nesbeth, the production is expected to be powerful, with a message to inspire and touch the lives of all who watch it. "It is definitely something Jamaicans should come out and see," he said.

The production runs at the Little Theatre from today until Sunday, November 15. After it ends its weekend run in Kingston, there are plans to take it to Mandeville and Montego Bay before it returns to Kingston for one more show.

Tickets are on sale at Fontana Pharmacy in Barbican Square, Source of Light Bookstore in Hagley Park Plaza, and Juici Patties on the campus of the University of Technology, Jamaica. Proceeds from ticket sales will go towards outreach activities in inner-city communities across the island.