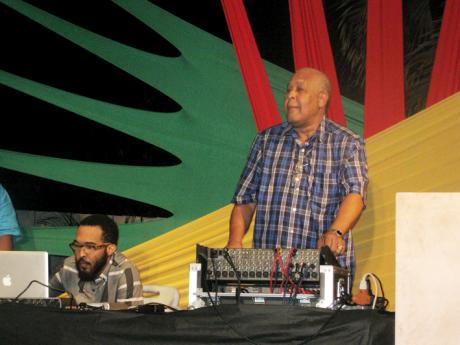 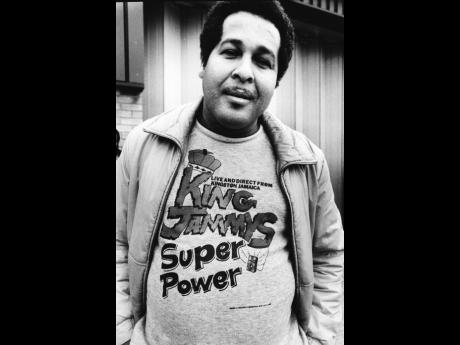 Voice Photo
Lloyd 'King Jammy' James, back in the day
1
2

Recently noted as one of the founders of EDM music, legendary producer/DJ King Jammys has been officially added to the the lineup for upcoming EDM festival, Paradise Lost. According to the producer, patrons turning out to the festival will be exposed to the same formula that he has been delivering to Europeans for many years.

The veteran also revealed that he would be doing a live mix using his portable studio, instead of using vinyl records.

"King Jammys is a very established person in the music industry and not many Jamaicans have seen me in this era. They used to see me back in the days with the sound system, but for this festival, I will be using my portable studio with a console instead of the dancehall sound system. Only few persons have seen this in Jamaica before, but people abroad know me for this," he said.

His mentor, the late King Tubbys, who was also listed as a pioneer behind the EDM sound, did not live to see the fruits of his labor, where EDM is concerned.

However, King Jammys says he feels good to witness his works change the face of music.

"I feel great to be performing in Jamaica on this scale where this genre is concerned. I have been playing it overseas and I feel good to know that it is being brought to Jamaica, which is its original home, because we are the originators of this. Patrons will see something different from what the people abroad who copied it are doing, because I will be giving them original stuff, dabbling with reggae, dancehall, dub and roots," he said.

King Jammys, who was the mastermind behind dancehall's first major electronic rhythm - the Sleng Teng - 31 years ago, says he gave students at the University of West Indies a taste of his musical juggling at the recently concluded International Reggae Day. King Jammys is also ushering his children into music and currently produces with his son Jam2 while his other sons - producers - John John and Baby G have worked with several top recording artistes.

"Jam2 involved with me to enuh, when I go on the road its me and Jam2 and him have to do some of the work yu nuh, for efficiency.

"I couldn't work the computer and work the mixing board and all those things without him...him build rhythms and do production just like me and mi have nuff daughter to," he laughed.

Still actively involved in production, King Jammys left for his studio following the interview, where he had put a session on hold to accommodate the Sunday Gleaner interview.