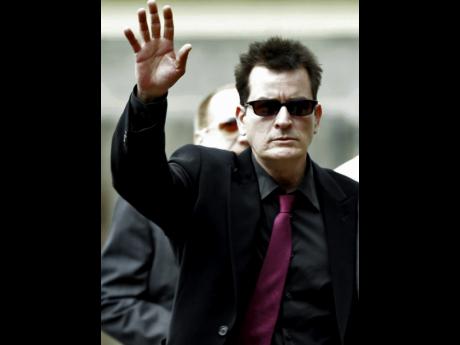 Charlie Sheen has announced he is HIV-positive. The 50-year-old actor revealed he was diagnosed four years ago, after initially believing he had a brain tumour. Speaking in an interview on the Today show, Sheen said "I'm here to admit that I am, in fact, HIV-positive. It's a hard three letters to absorb." Sheen explained that he had been the victim of numerous blackmail plots since he was diagnosed.

Refusing to admit how many people he had paid off, he said "that's money you have taken from my kids". Sheen, who has been open about using prostitutes, said one sex worker tried to blackmail him after finding his HIV medication in his bathroom.

While it has been claimed that Charlie - who doesn't "entirely know" how he caught the disease - kept his diagnosis from a number of his sexual partners, he denied this in a letter to 'Today's Matt Lauer.

The show's account tweeted a section of the letter in which Charlie said: "I always led with condoms and honesty when it came to my condition."

He admitted to having unprotected sex twice since he found out about his condition but added "they were under the care of my doctor".

Charlie's revelation comes after the National Enquirer and RadarOnline outed him as HIV-positive on Monday.