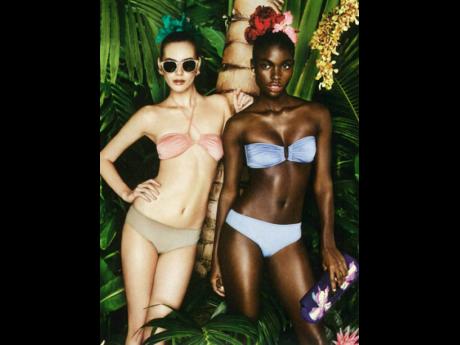 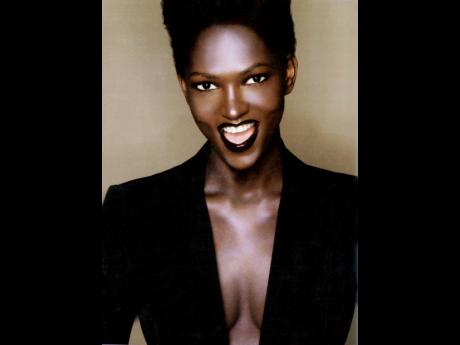 Contributed
Nadine Willis as she appears in Iman's 'BEAUTY OF COLOR'. 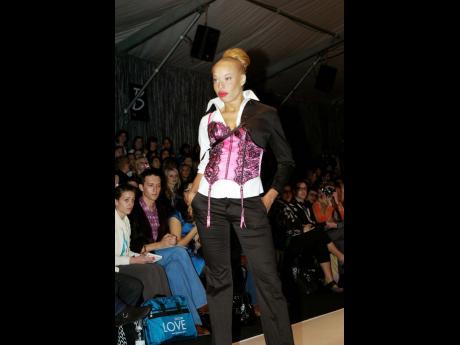 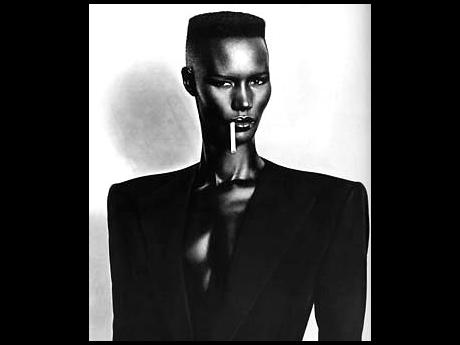 In its October 28, 2015, publication, Vogue magazine named '5 Jamaican Top Models Who Changed the Face of Fashion'. They are:

Long before Grace Jones sang her iconic hits, she was a model working with the most influential designers in Paris. Jones's arresting beauty landed her work on the runway with Yves Saint Laurent, Issey Miyake, and Claude Montana in the late '70s. Even Jones' roommates were legendary. She shared her apartment in Paris with Jerry Hall and Jessica Lange. Ever the provocateur, Jones would eventually leave modelling for a boundary-breaking career in music and cinema. The imagery she created with her then partner, photographer Jean-Paul Goude, more than stands the test of time.

With her bright red Afro and freckles, Stacey McKenzie was unlike anyone else on the '90s fashion scene. She worked with the decade's top talents, including Jean Paul Gaultier, Thierry Mugler, and Richard Avedon, who shot her for Calvin Klein's memorable CK Be campaign. McKenzie's unconventional look and outspoken personality even landed her a role in Luc Besson's sci-fi romp, The Fifth Element. In recent years McKenzie has switched from model to television personality, taking on hosting duties on Canada's 'Next Top Model'.

A favourite of Tom Ford, Nadine Willis and her sleek look captivated Gucci loyalists when Ford handpicked her for the brand's memorable Fall 2003 campaign. Booking ad after ad in the early '00s, Willis's elegant appeal translated into instant fashion success. She reinvented herself as a musician since her Gucci days, dropping a reggae single back in 2008. Her biggest role to date, though, is that of mom to two daughters, Zein Bell and Tatjana Berg.

A seminal beauty of the late '80s, Robyn Mackintosh grew up in Montego Bay before heading to the States to pursue modelling. Blessed with a dramatic pout and high cheekbones, her sleek look attracted the attention of photographer Steven Meisel, who cast her for his very first cover of Italian Vogue.

Though not a household name, Jeneil Williams has been something of a quiet storm in the fashion world since she won the Caribbean Model Search back in 2005. Known for her effortless walk and skill in front of the camera, Williams has worked with some of the biggest names in the business, including Mert Alas and Marcus Piggott and Steven Meisel. Her chameleon-like modelling abilities make her a photographer's dream - perhaps that's why L'Oreal tapped her as its first Jamaican face earlier this year.